So, how was your evening last night? Mine was.. different. 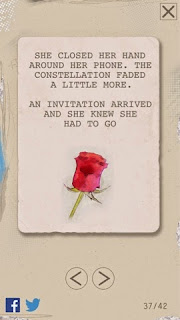 I went for a drink at a pub in Essex Road but was told I was too early so to wait on a bench in Islington Green Park. Just as I'm just starting to feel abandoned a woman came up behind me and gave me a slip of paper with a telephone number on it. I called it and another woman, Chloe, told me she was trapped underground. I had to rescue her. She had been kidnapped and gave me vague directions. I kept her talking as I crossed the park and along Essex Road trying to find her. I found a deserted building and a half open gated door. I followed Chloe's instructions and ran through the door, across an empty room to the far side and then down a long staircase into the dark. At the bottom Chlore's recorded voice was repeating instructions from a recorder into a phone. It was a trap. A man from the murkiness grabbed me and steered me against a wall. We were joined by others. Then more hooded people came into the room. They paraded around and then stood in front of each of us. They turned us round and then dressed us in hooded robes. We were then lead through a door and stood before a thick curtain. An oppressive noise filled the small room and our heads. The curtain then was pulled back and we faced a massive blackness. As our eyes became accustomed to the dark we discovered we were in a huge underground room with dim lights above our heads. Hands then shoved us straight into the blackness. Onwards we were pushed into the dark. Eventually we were lead to a railing which we hung on to. We were all standing around a huge pit with a railing round the edge and three floors or so way down below us a single woman was illuminated in the darkness. The noise was deafening. The woman moaned and chanted above the noise and pointing up choosing one of our number. A gate in the railing opened and the chosen one was shoved forward falling down into the darkness below.

Then we were steered to an exit where we got free vodka cocktails. Wow!

All this started from playing the iPhone app Absolut Silverpoint. Good old Punchdrunk!

The game started simply enough - a bit like Candy Crush you had to get three items in a row. But before long you get invited out for free cocktails (you can take a +1), get given a number to make a very strange and creepy telephone call, get to go to a salon where they 'do' your hair but surreptitiously take your DNA, receive a weird frantic phone call and then the amazing finale (which is what I described above).

The game is finished now as everything was real-time based and ran over the past two weeks so you had to get to various levels by certain dates. Hopefully they will run it (or something similar) again. 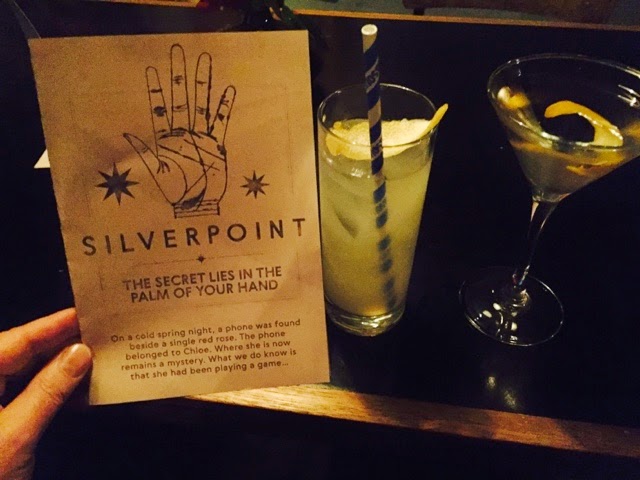