A woman is in an apartment alone and the telephone rings. It's her lover splitting up with her. We don't hear or see him - just her. I say 'just' - she is the play. Her voice is the conduit and the crux. It all hinges on her voice.

Cocteau acknowledged in the introduction to the script that the play was motivated, in part, by complaints from his female actors that his works were too writer/director-dominated and gave the players little opportunity to show off their full range of talents. Well, Ruth Wilson rises to this challenge wonderfully.

However, the play also represents Cocteau's state of mind and feelings towards his actors in general at the time: on the one hand, he wanted to spoil and please them; on the other, he was fed up with their diva antics and was ready for revenge. Consequently, the play is tough ask - for actor and audience alike. For 70 minutes the woman has to hold our attention only by sharing one half of a conversation. And it's a drab conversation at that. Borderline sexist in its ‘woman scorned’ / ‘I'm going to top myself if you don't come back to me’ plotting.

Adding to this, or perhaps subtracting from this depending on your point of view, Ivo van Hove's adaptation introduces silences. Long, long silences. Broken occasionally by music. At one point we listen to Radiohead’s How to Disappear Completely from start to finish.

And the play takes place in a glass box. So, we only see part of the woman part of the time.

Some around us got bored. They started sighing. And fidgeting. Some even started talking.

That said, the main success, and main draw, of the piece is undoubtedly the performance from Ruth Wilson. She performs as only she can – flickering between well-composed surety and adolescent coquettishness in the flicker of an eyebrow.

So, for her performance alone (and alone she very much is) I enjoyed the night. But I was perhaps one of the few in Rows D, E and F that did. 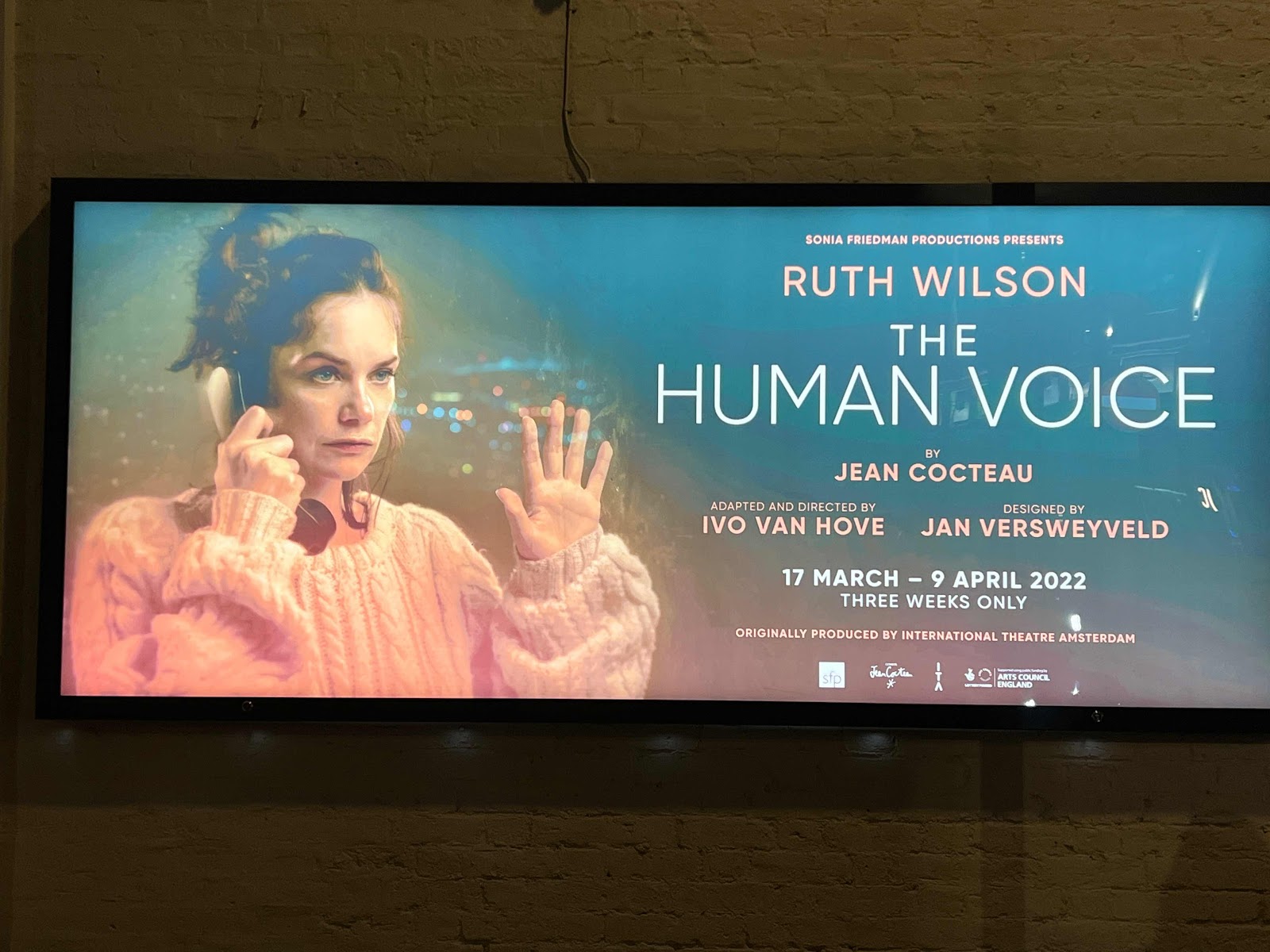