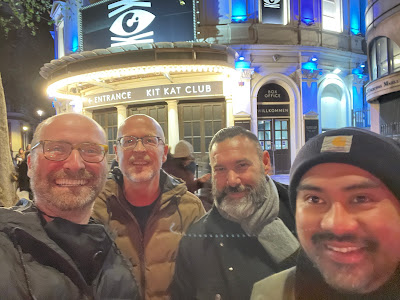 Taking a slightly different tack to either the Sam Mendes or the Rufus Norris hugely successful versions this new revival production by Rebecca Frecknell sees the venue completely reconfigured into Berlin nightspot the dark and sexually charged haven of decadence Kit Kat Club during the end of the Weimar Republic. It's now a 600-capacity cabaret (sic) style in the round set up, with expensive food and drink options and additional entertainment available beforehand. So far, so immersive. 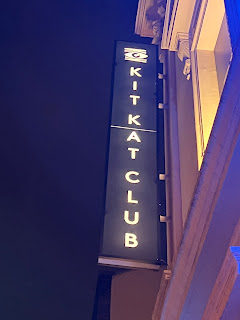 The cast all worked hard but as fascism slowly encroached in on what superficially looks like a decadent, liberated society we were left a little at sea. There was not the gut-punch of Norris's production with its yellow star / pink triangle / shocking nudity. Here we are sung a song and it's over. The Nazis have arrived. 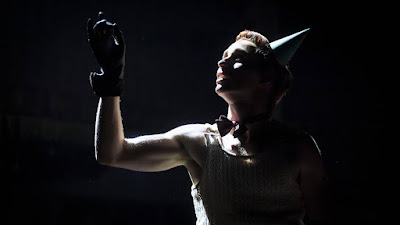 That said, the songs are generally presented fantastically well and with great gusto. It's just not quite the ending I had expected / wanted / feared / hoped for.

On a more positive note, the key song of the show for me, the desolate What Would You Do? sung by Fräulein Schneider who rejects her Jewish lover in the interests of self-preservation, is simply wonderful.

A good immersive production but not quite worth the eye-watering price tag. £225 a head anyone?
Posted by overyourhead at Tuesday, December 07, 2021