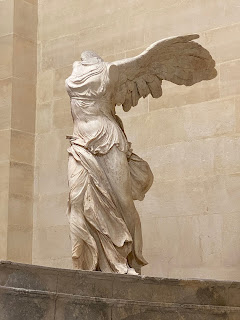 Last Saturday morning Stuart and I spent a few joyous hours wandering around the largest art in the world, the Louvre in Paris's glitzy 1st arrondissement.

Stu had never been to the Louvre before and I hadn't been in donkey's years so we decided to stick to three principals as we wandered, so as not to get overawed by it all:

(a) Don't over-do it,
(b) Stick to the more famous stuff for a first visit,
(c) See if we can spot anything featured in Dan Brown's Da Vinci Code (Philistines, I know! But it gave us a giggle.)

We succeeded at the first two but rather failed at the latter (something we made up for though by a visit to the "roseline" at Eglise Saint-Sulpice the following day).

So below are what I think might be considered the top 15 things to see at the Louvre if time is tight (you could do it in just over an hour) and/or legs are weak. Other opinions are available!

Personal highlights (in some order of visiting):-

The Winged Victory of Samothrace [Hall 703]
Nike on a pedestal. Among the greatest Hellenistic sculptures in the world.
Diamond, known as the Regent [Hall 705]
At 426 carat, the most beautiful and the purest diamond in the world.
Mona Lisa [Hall 711]
Leonardo Da Vinci's most famous painting. Expect queues.
Spring, Summer, Autumn, Winter [Hall 712]
Giuseppe Arcimboldo's imaginative seasonal portrait heads made entirely from fruits, vegetables, flowers, fish, and books.
Liberty Leading the People [Hall 700]
Delacroix's erotic realism commemorating the July Revolution of 1830
Psyche revived by Cupid's kiss [Hall 403]
Canona's masterpiece beautifully combines Baroque and Neoclassicism
The Rebellious Slave (and The Dying Slave) [Hall 403]
Two of Michelangelo's slave sculptures both chained - one powerful torso straining its hulking mass of bone and flesh, the other weakly submitting.
Borghese Gladiator [Hall 406]
Life-sized hyper-realistic marble swordsman. Much admired, much copied.
Venus de Milo [Hall 346]
World's most famous sculpture. Armless, strange, and dreamlike.
Borghese Hermaphroditus [Hall 348]
Ancient Roman marble statue sleeping on a Baroque-period marble mattress. The mythological Hermaphroditis - a male trapped in a female body.
Great Sphinx of Tanis [Hall 338]
At 26 tonnes it is one of the largest sphinxes outside of Egypt.
Law Code of Hammurabi [Hall 227]
A stone containing the world's first legislation, a code of 282 laws. Some with fairly tough punishments! e.g. "If a son strikes his father, his hands shall be cut off"
Gabrielle d'Esrees and One of Her Sisters [Hall 824]
The one with the famous nipple-pinching gesture. Pregnant? Erotic? You decide.
Four Captives (The Four defeated Nations) [Court Puget]
Each statue represents four ages of man, and the four nations, all defeated by The Treaty of Nijmegan in 1679.
Grand Louvre Pyramid [Outside]
Controversial glassware: inconsistent with the classic French Renaissance style and history of the Louvre? Anti-ancient Egypt? Pretentious folly? Non-French architect? But we love it.

Obviously you could spend days upon days in the Louvre so I am only listing these items for the most casual of visits. 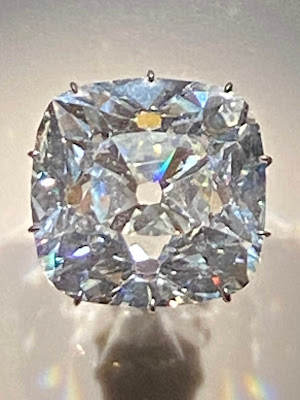 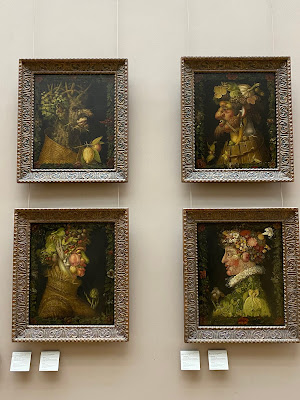 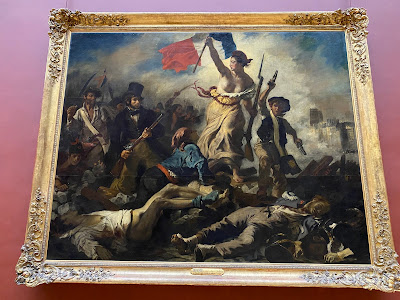 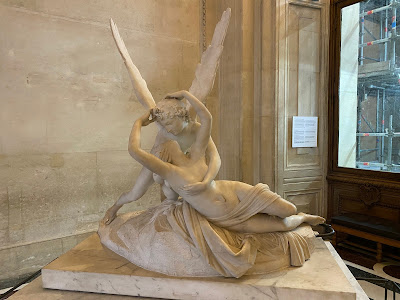 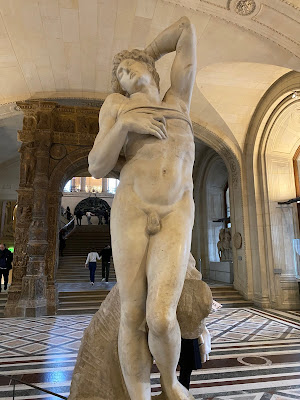 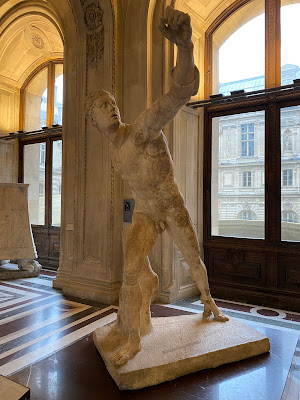 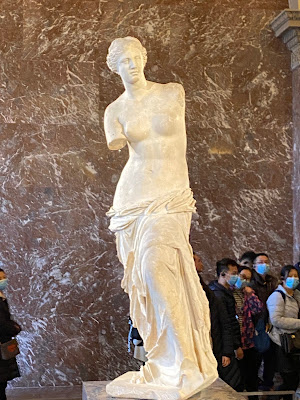 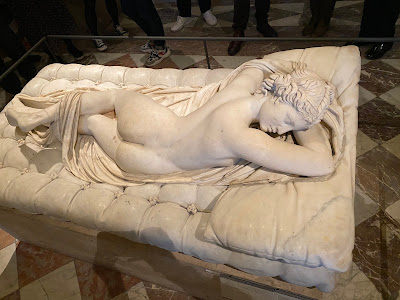 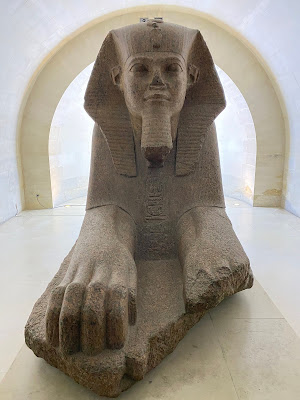 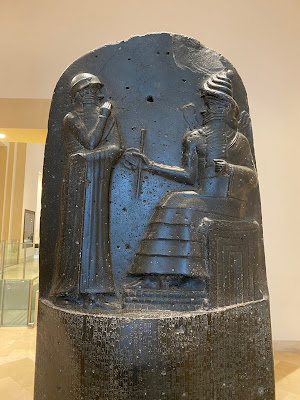 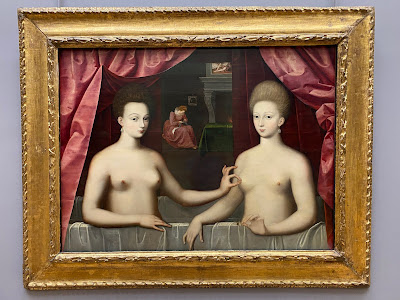 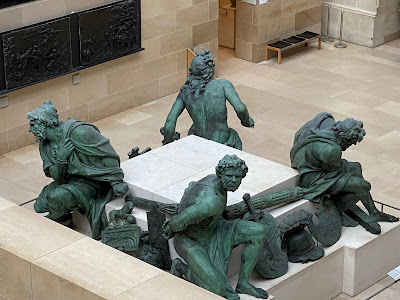 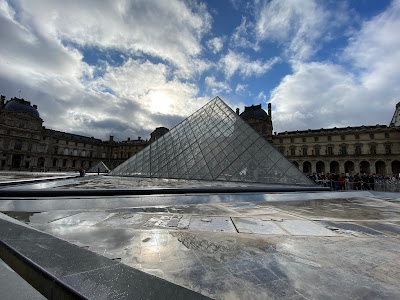 Posted by overyourhead at Monday, February 03, 2020