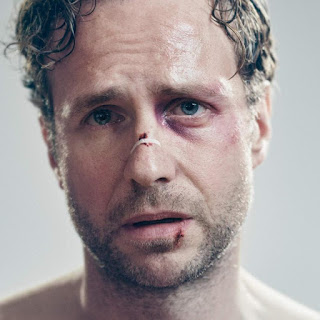 Oh my gosh, it was amazing. Rafe Spall is as powerful and passionate as he is explosive. He deserves every accolade going for this spit-speckled, sweat-soaked, testosterone-powered performance.

Muscular, jocular, and sweaty, Spall plays Michael, a working-class, late-30s Essex man bubbling with self-loathing. The action - and there is a lot of it - concerns the fallout from the death of his father, a racist, Brexit-loving flower seller, who collapsed during England’s World Cup semi-final defeat to Croatia a few years ago.

Death of England started life as a 10-minute micro-play commissioned by the Royal Court and the Guardian in 2014. Six years, three elections, and one referendum later, it arrives fully formed on the Dorfman stage as a fully-fledged 100-minute monologue.

Funny, moving, meta - it is a solo tour-de-force. And there’s biscuits. 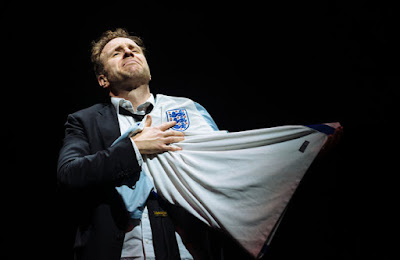 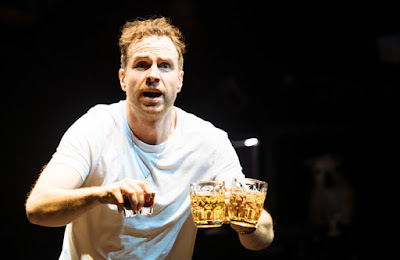 Posted by overyourhead at Friday, February 21, 2020