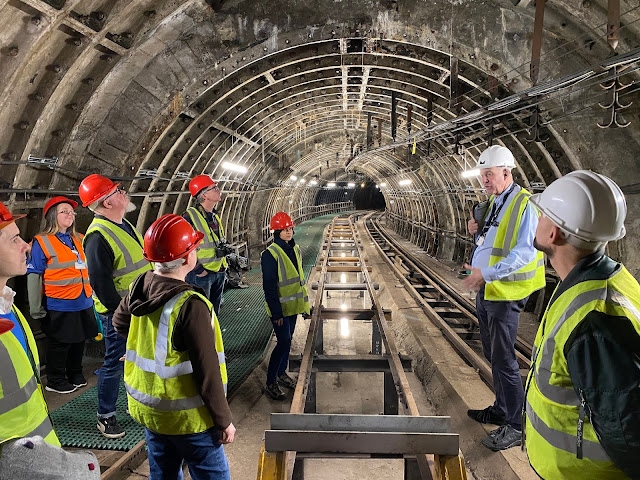 Last Monday night Stuart and I took a journey deep underground, venturing downwards and downwards some more underneath glitzy old London Town. It was trip not only downwards though but also backwards - backwards in time, to see some long abandoned secret railway track, some dark and dank old tunnels, and some dusty old subterranean station platforms.

Almost a hundred years ago - long before Crossrail - there was already an underground railway linking west and east London. And although it never carried passengers it was essential in serving the capital. It was the Mail Rail, carrying letters and post between London's Post Office sorting offices.

The original Mail Rail tunnels were started in 1914 and whole network was completed ten years later in 1924. It was the world's first driver-less electric railway. It connected Paddington in west London to Whitechapel in the east via a 6-and-a-half-mile track that linked six sorting offices and criss-crossed many of London's tube lines. At peak times, the service operated for 22 hours per day. It closed in 2003 because it was deemed more expensive than using road transport by Royal Mail but it was an important part of London's communication network and has remained largely unknown to most Londoners even now.

Some Londoners do know about it though, and have even been lucky enough to ride part of the line on one of the new specially dedicated narrow-gauge passenger trains built especially for the purpose. Stuart and I rode it a year or two ago. On Monday night we gave up our train seats though, and walked the tracks instead.

Although the group was small we were almost tripping over each other; the place was dimly lit, the tunnels very narrow (6ft diameter at some parts), and the track full of trip-hazards. Our guide soldiered on though - telling us stories of the how the Mail Rail operated, the people that worked there, and what its future might be. All fascinating stuff.

For more than 75 years, Mail Rail was a vital artery in Britain's communication network, hidden from view... so it was a real treat all these years later to walk through the Post Office’s famous railway tunnels. Deep underground. 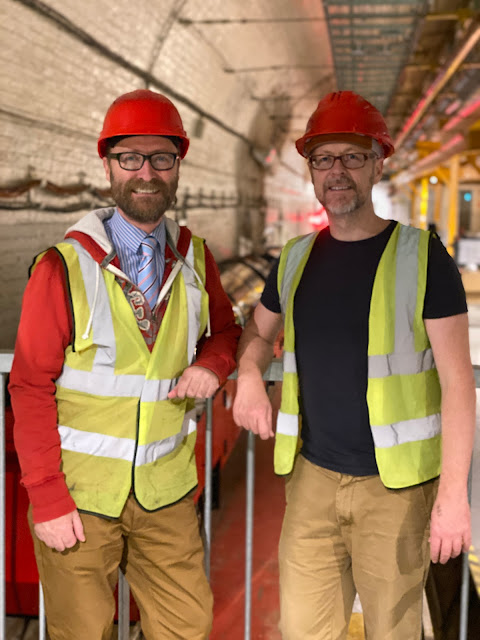 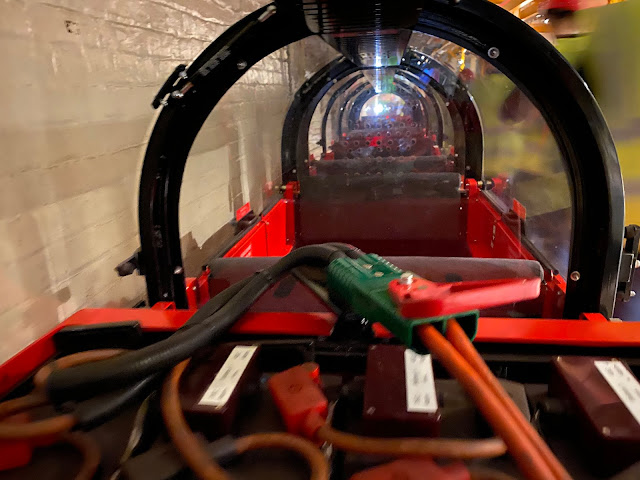 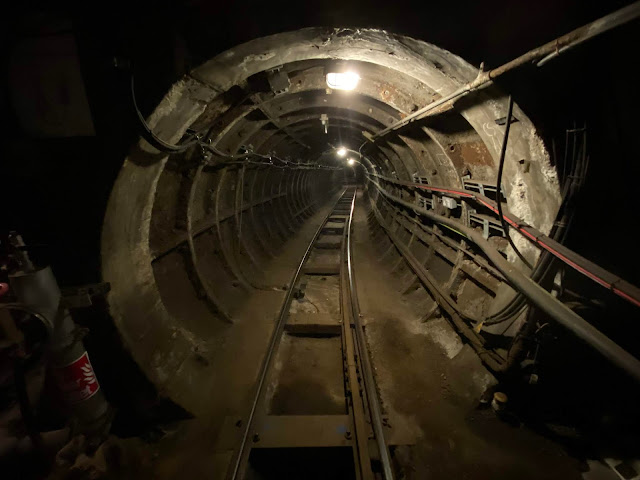 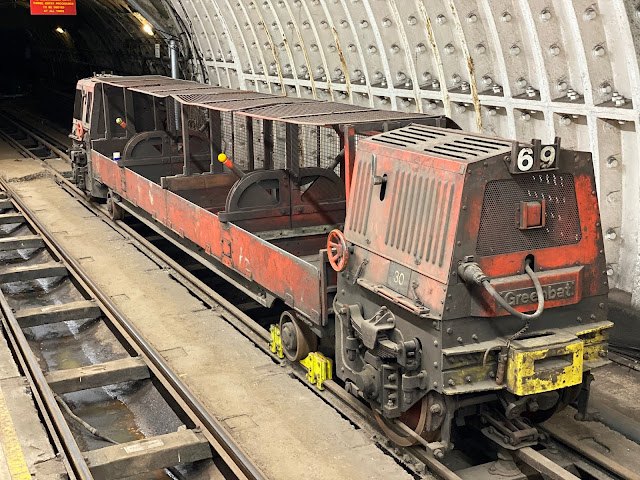 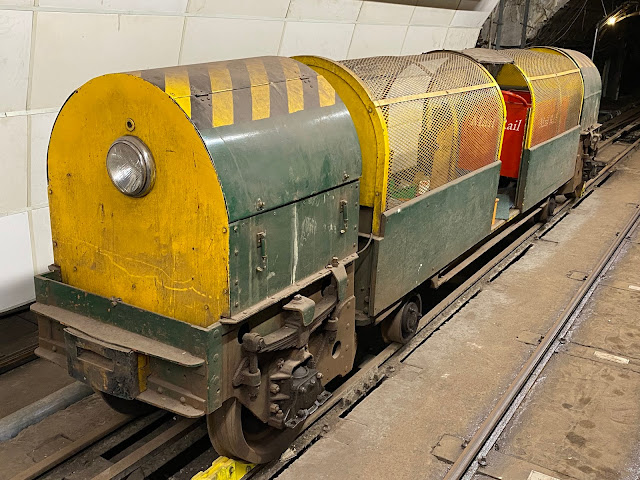 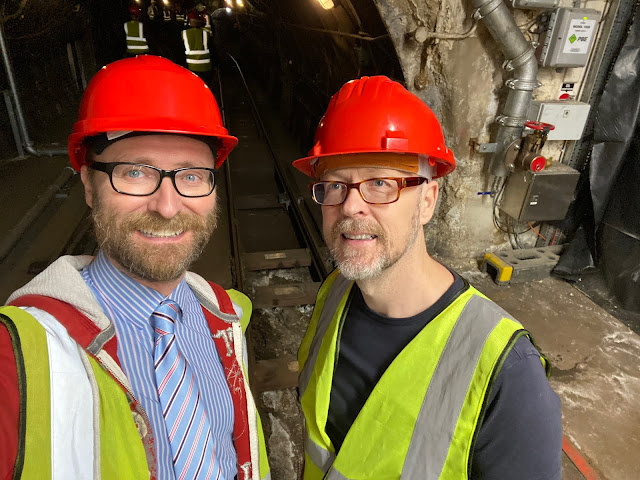 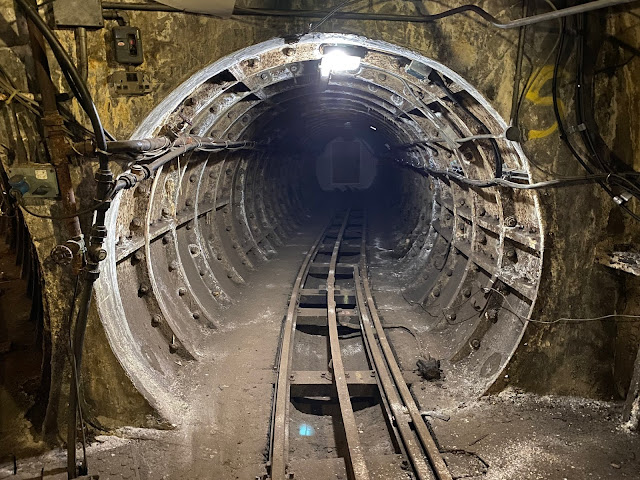 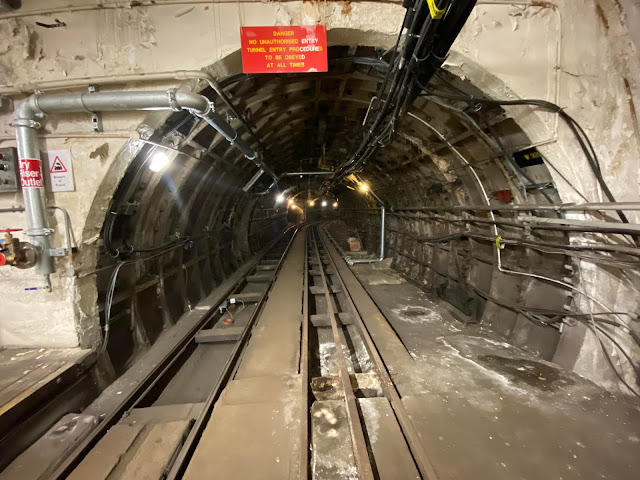 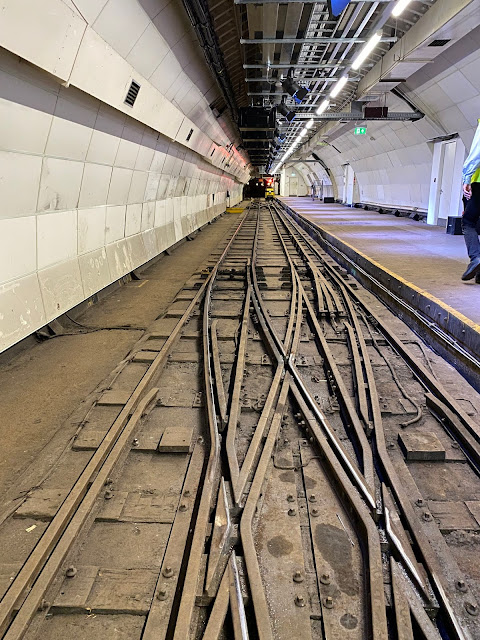 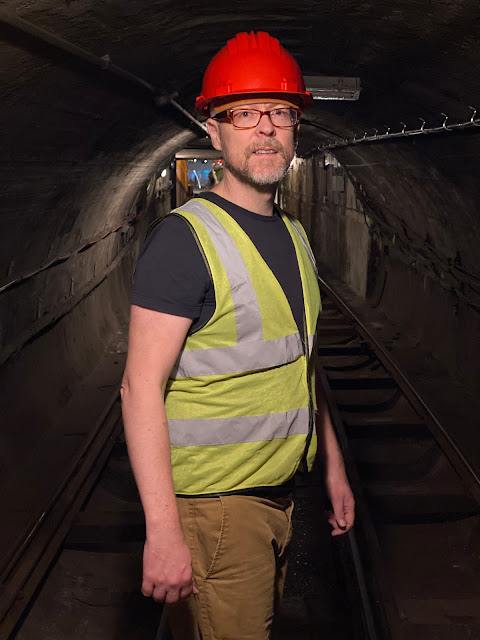 Posted by overyourhead at Wednesday, January 29, 2020