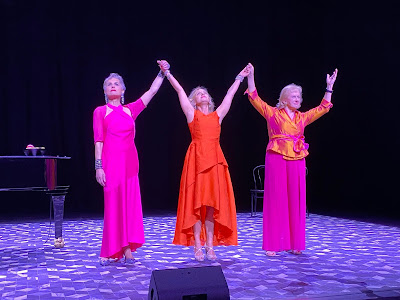 Last Friday night Stuart and I went to the Queen Elizabeth Hall on London's glitzy Southbank to see cabaret's own, its very own, Fascinating Aida.

Having seen Fascinating Aida perhaps a dozen times since the mid-1980s I knew what to expect and the gals didn't disappoint.

Two hours of great songs old and new, they assaulted us with hit after hit in their very witty, satirical show. The songs were hilarious and topical, the glamour was unstoppable: Britain’s greatest cabaret trio were back with a bang!


We had a lot of classics; Bulgarian Song Cycle was back with new fresh outrageous lyrics, Health & Safety had lost none of its wit, Boomerang Kid as funny as ever, Lieder still funny, the sly but telling Little Girls In Pink was back too, Socialist Britain as poignant as ever, Dogging made a welcome return, the ever seasonal Cunty Christmas still shocks, Adele's song Prisoner Of Gender was simply inspired - 10 years in the writing it was Adele's coming out story of being a transsexual and got the tone just right. And of course Cheap Flights - over 25 million YouTube and Facebook hits and counting - went down a storm.

But Dillie Keane, Adele Anderson and Liza Pulman always know how to freshen up a show of classics too, and they simply relished bringing us their selection of new songs - well, some you haven't heard before and some we wish you’d never heard in the first place! Clever, rude and musical their new stuff worked brilliantly - spot on politically as ever and wildly funny. 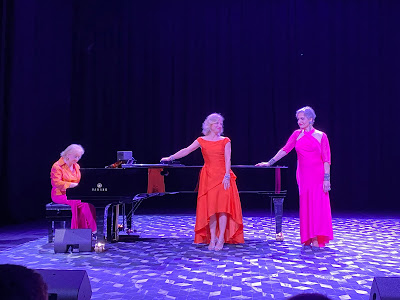 Michael Roulston accompanied the gals on the piano and the show was directed by Paul Foster. 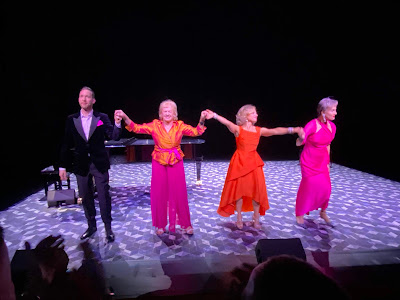 Posted by overyourhead at Monday, December 23, 2019