We left Jaipur yesterday to head 7 hours west into the increasingly arid desert to the beautiful city of Jodhpur.
Jodhpur, is known as the 'Blue City' on account of the blue houses in its old town, and lies at the edge of the Thar Desert in western Rajasthan. This arid area, known as 'Marwar' or 'land of death', formerly had its capital located at Mandore, some eight kilometres north of here. As you might know, Jodhpur bears the same name as the riding breeches, which were named after its stylishly dressed inhabitants. I used to own a pair of black jhodpurs and wear them down The Bell in Kings Cross -  1980s fashion victim that I was!
This morning Stuart and I embarked on a bit of a tour of the region, which began at the incredible Mehrangarh Fort. This is one of the largest forts and probably one of the most imposing edifices in the whole of India.
The town was founded in 1459 by Rao Jodha, who built the imposing Mehrangarh Fort which towers above the houses far below. In earlier centuries, the rulers of Jodhpur ensured their own survival by marrying into the Mughal rulers' families. Unfortunately, the royal house suffered a bad turn of fate when they backed Shah Jehan in later years in a struggle for power  with his son, Aurangzeb, and their fortunes were reversed.
Steep and winding roads climb to the front and rear entrances of the fort, with many defensive structures built into the route. Nevertheless, the fort was taken by, in succession, the Moghuls, the Marathas and (as you may know!) the British.
The palace interiors showed incredibly elaborate filigree work in sandstone, and the trappings of an aristocratic life were well displayed. On the road up to the fort was the Jaswant Thada, a dazzling white marble cenotaph to Maharaja Sardar Singh, who died in 1899. Perhaps the most memorable sight from the fort though was the vista over the surrounding plains, and one of the most obvious landmarks visible from the battlements is the Umaid Bhawan. Finished in 1945, and presently a hotel under the management of the Taj group, the palace was possibly the last great building created in India before the maharaja had to cede his property to the new nation. Designed by the Royal Institute of Architects, the palace was a job creation project for 3,000 of the maharaja's subjects, who were suffering from the effects of successive droughts which began in 1923. The superbly styled building is a resonating statement of wealth and power.
The Chokelao Bagh was opened by the Mehrangarh Museum Trust and is the only garden within the Mehrangarh Fort. Designed in 1739 by Maharaja Abhai Singh, the garden has three terraces, each with different themes. In the garden is the Batman Well. Why is it called the Batman Well? Well, they filmed one of the Batman films here and used the well as the setting for the boy Bruce Wayne falling down it. It’s not all high-brow culture here folks!
From the fort, we walked down into the 'Blue City' itself via a cobbled stone path. We were aiming to explore the central bazaar near the ornate clock tower.
Once in town, we were lucky enough to get to see four largely undiscovered areas of the old city - Brahmpuri, Nav Choukiya, Sarafa Bazaar and Katla. Brahmpuri is the settlement of the Brahmins; their blue houses are packed together along narrow streets. We discovered some historic temples and shrines, as well as a stagnant pond and a few ancient wells, which are still used today. Nav Choukiya is a bustling square in the heart of the Old City that has been a popular meeting place for many centuries. Local villagers in vibrant dress congregate here to find work, old men sip chai (super sweet tea with ginger) and play cards. Gangshyam Ji Ka Mandir is a lively temple dedicated to Lord Krishna. This is a Bhakti temple where the devotees initiate the prayers, which take place six times a day. The temple was alive with beautiful chanting. Outside, we watched gold and silversmiths working traditionally in their small shops.
Katla is a market where everything from household items to vegetables and jewellery is sold. Achal Nath Ji Ka Mandir is a temple maintained by Naga Sadus and dedicated to Lord Shiva.
After a quick stop fir some tea we headed away from Jhodpur city to some of the outlying settlements to discover something of the way of life of different peoples in the surrounding area. We had heard it was worth trying to find some of the region’s many tribal groups.
Among the two tribes we found were the Rabari and the Bishnoi. The Rabari are stock-herding nomads from the area of Gujarat. In recent years, as the world has turned its attention to environmental matters, the Bishnoi, too have become of interest. Guided by their founding guru, the Bishnoi live by 29 principles, which include protection and propagation of trees, and the effective use of water and the land on which they depend to grow food.
In the village we saw the deep-water wells needed to foster life in this arid area, a few of the more unusual customs, the weaving and building methods, and got a sense of security in communities. We also saw some of the social problems which they, too, experience. Not least caused by the increasing dry weather. The water is running out. Climate change is clearly evident here.
On a lighter note, it was a treat watching one of the elders perform a traditional opium ceremony. Naturally we stayed upwind of it though!
So it was a day showing us the opulent wealth of the past, the more simple life of the tribes, and what the future might hold for us all.
We like Jhodpur. We really do. 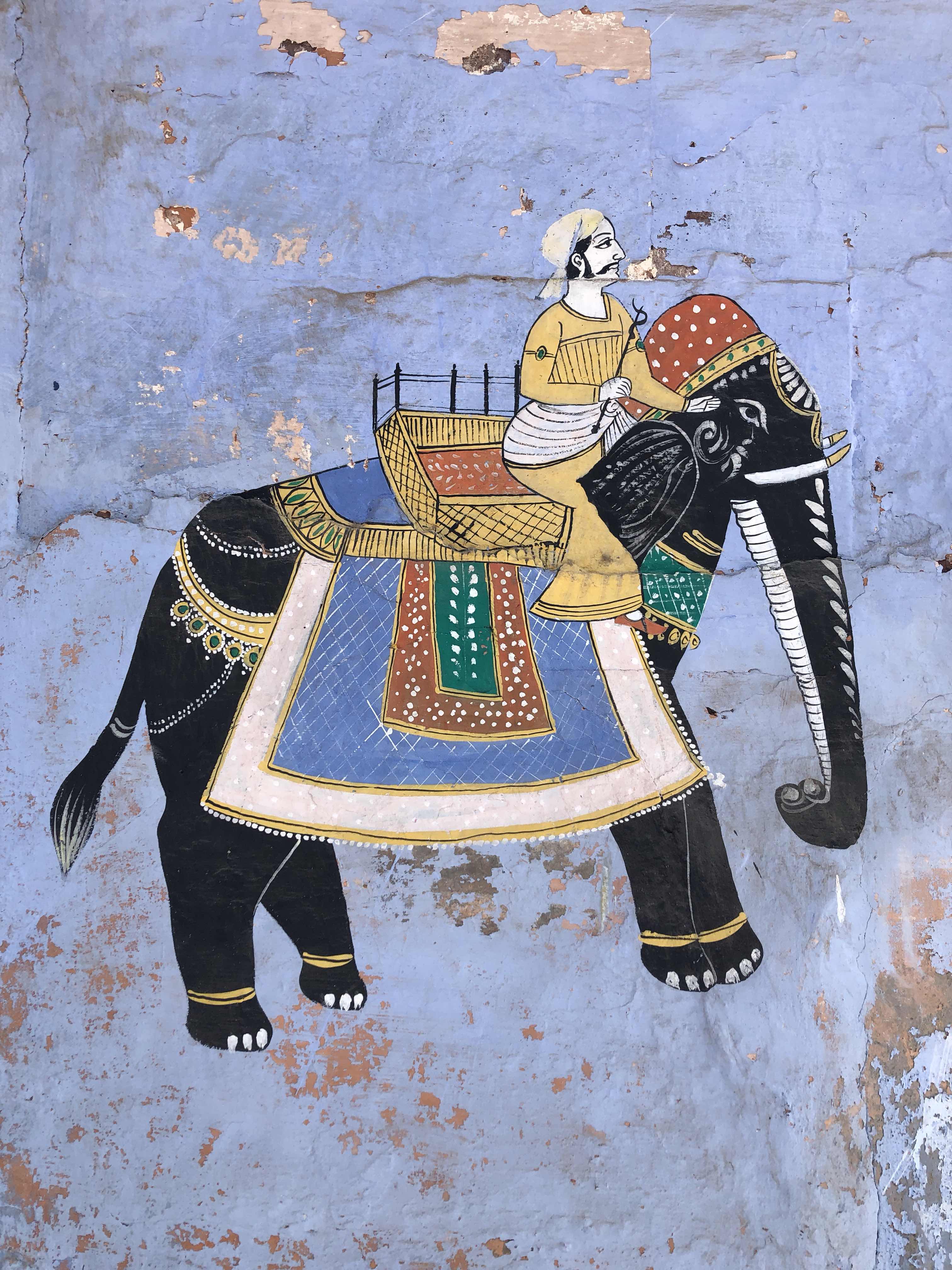 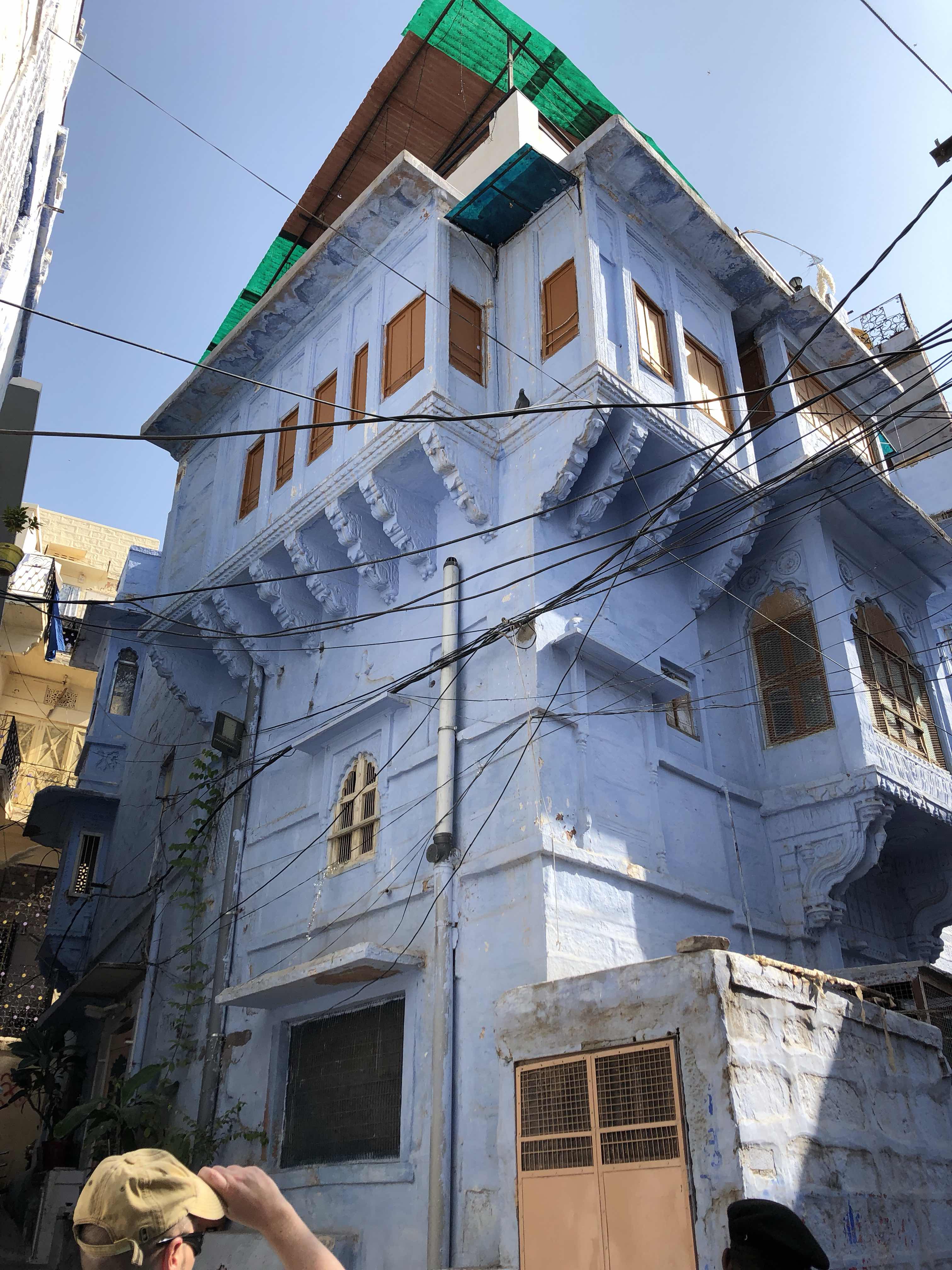 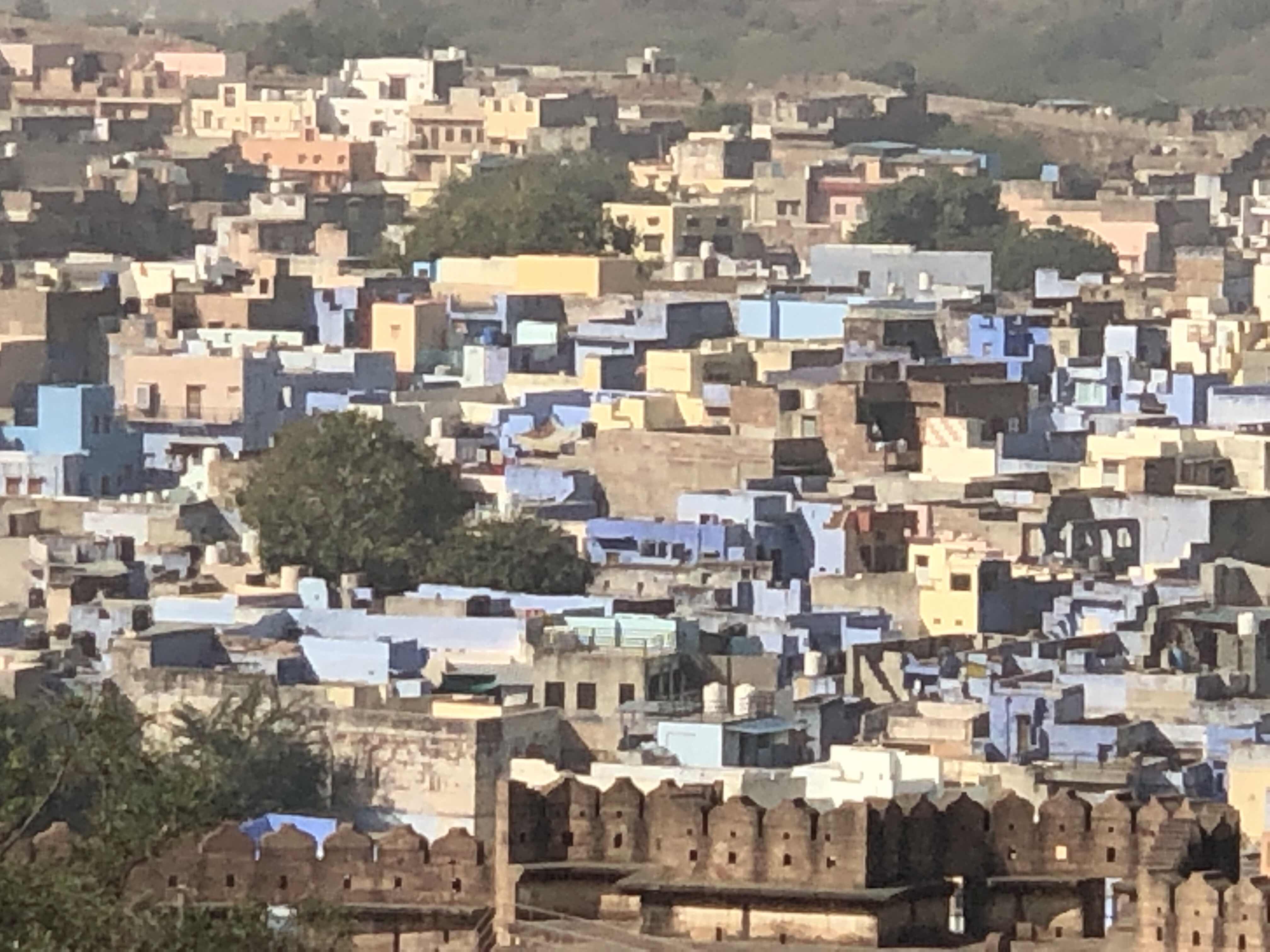 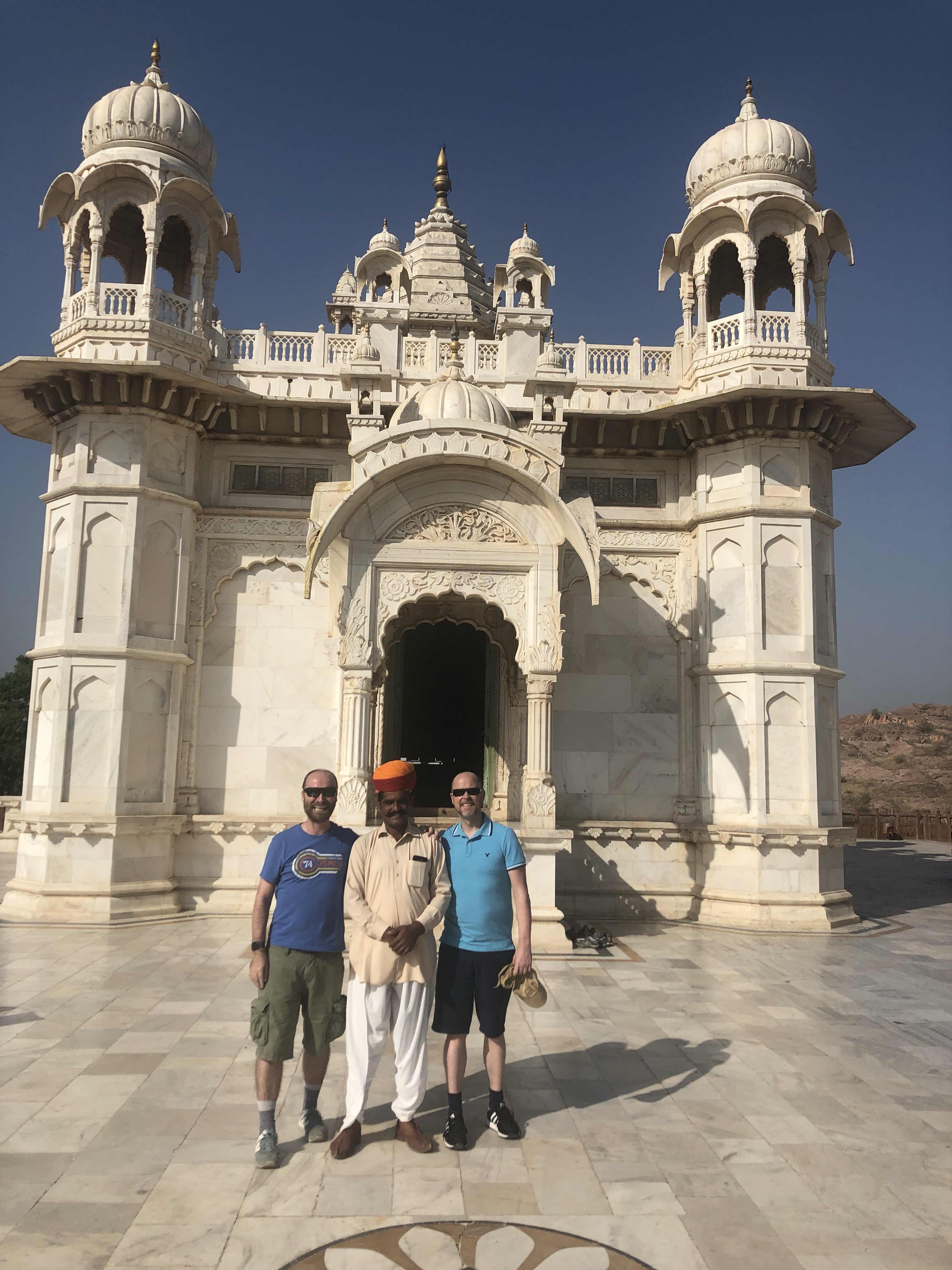 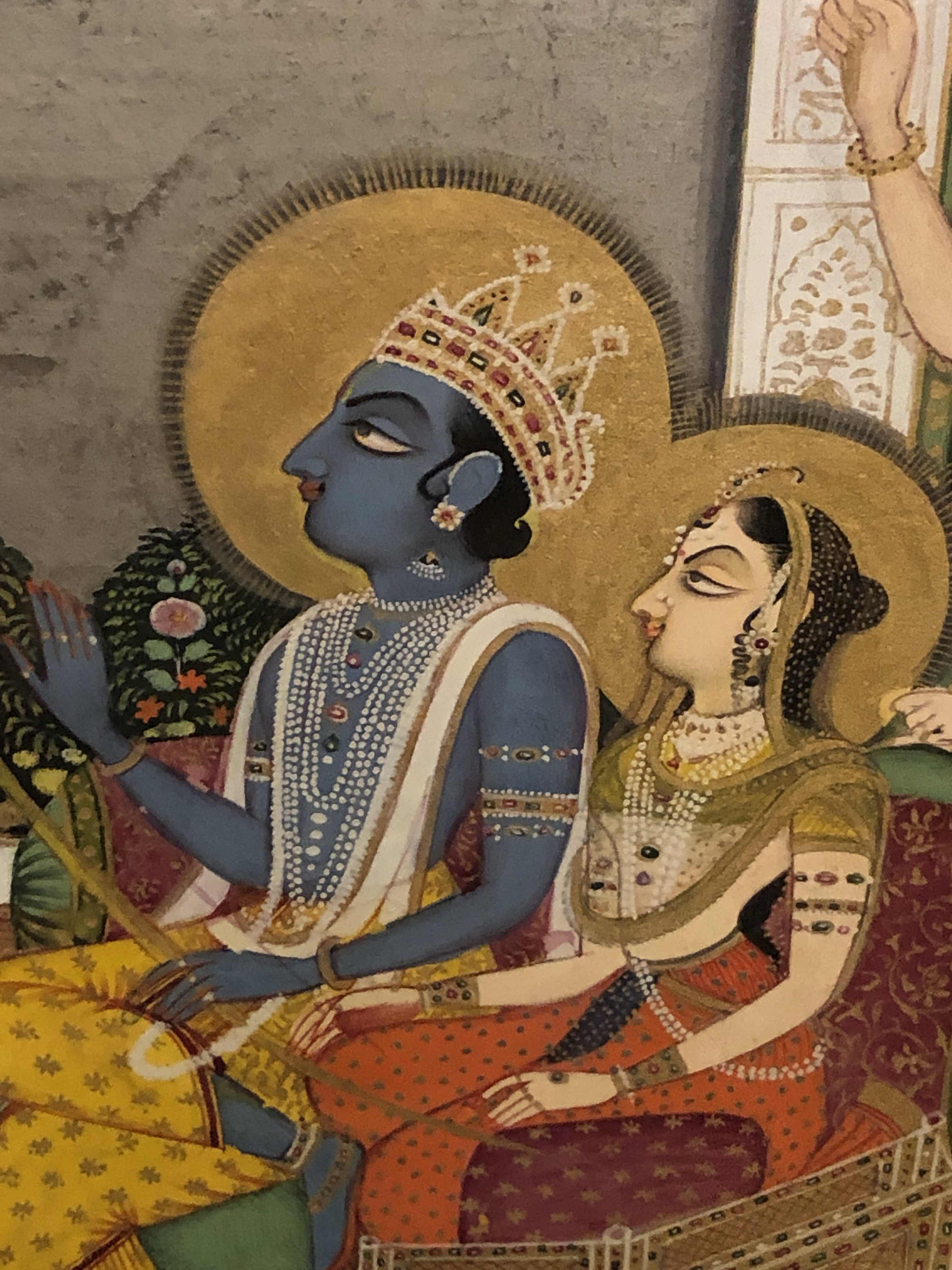 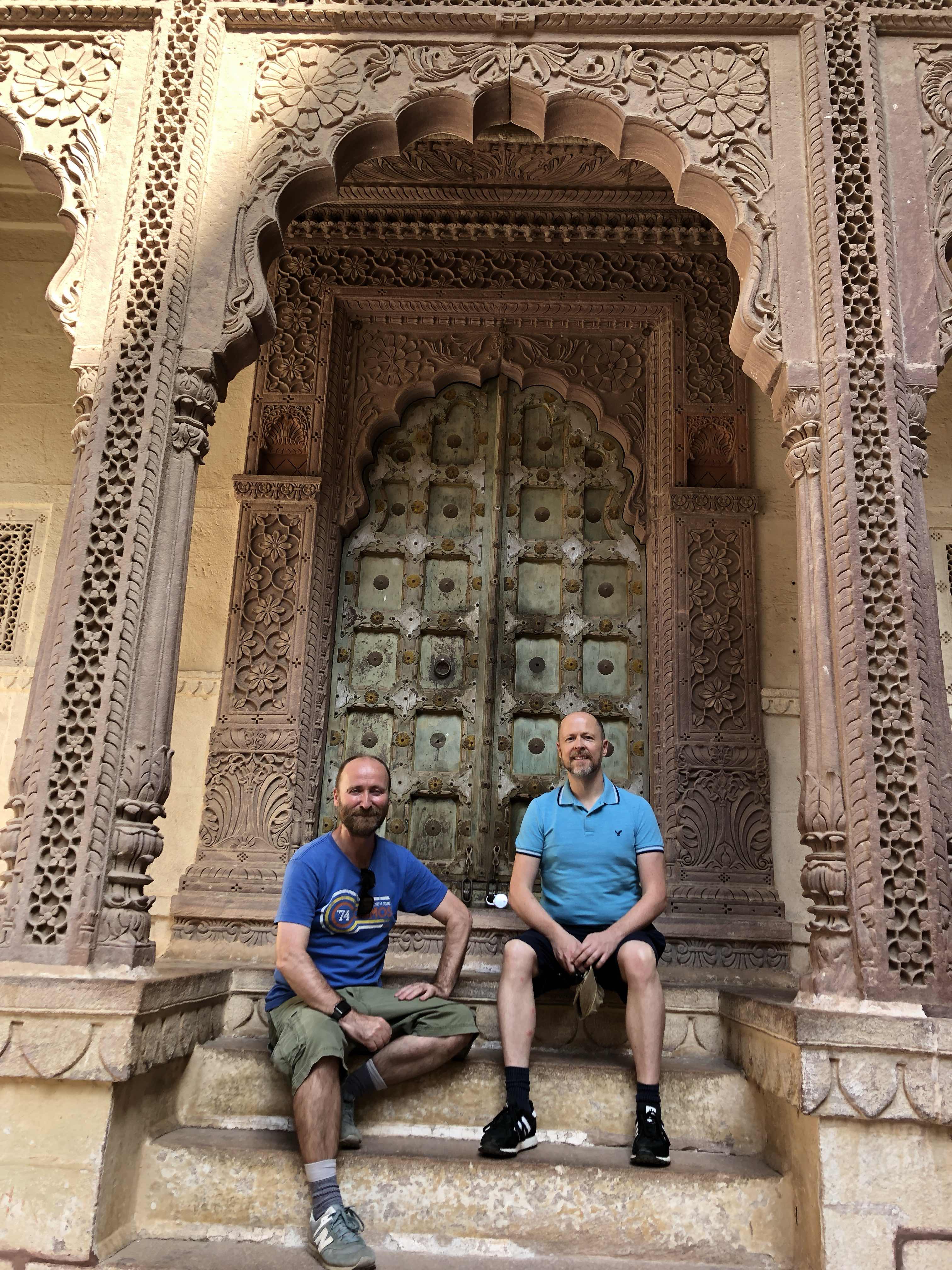 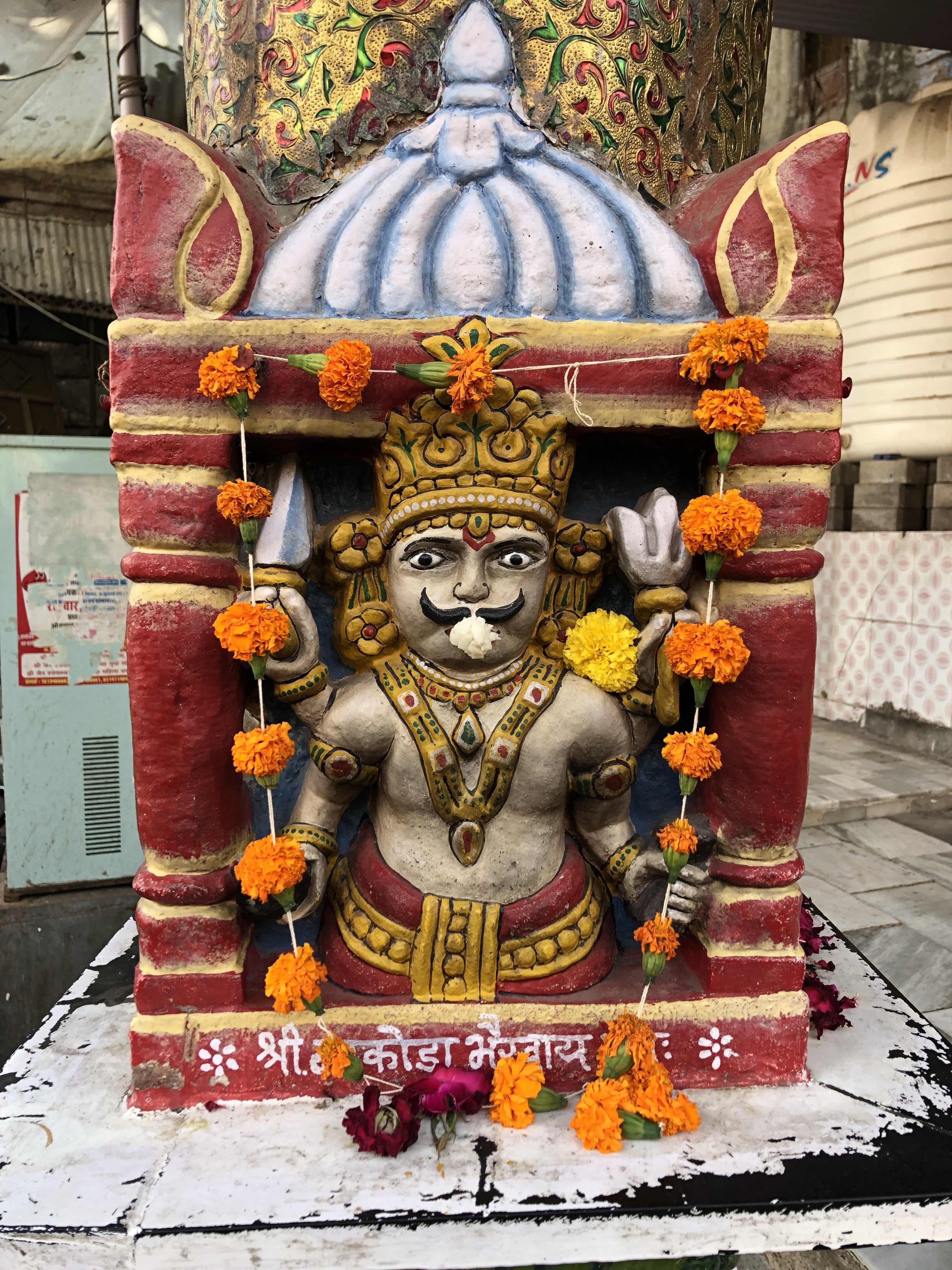 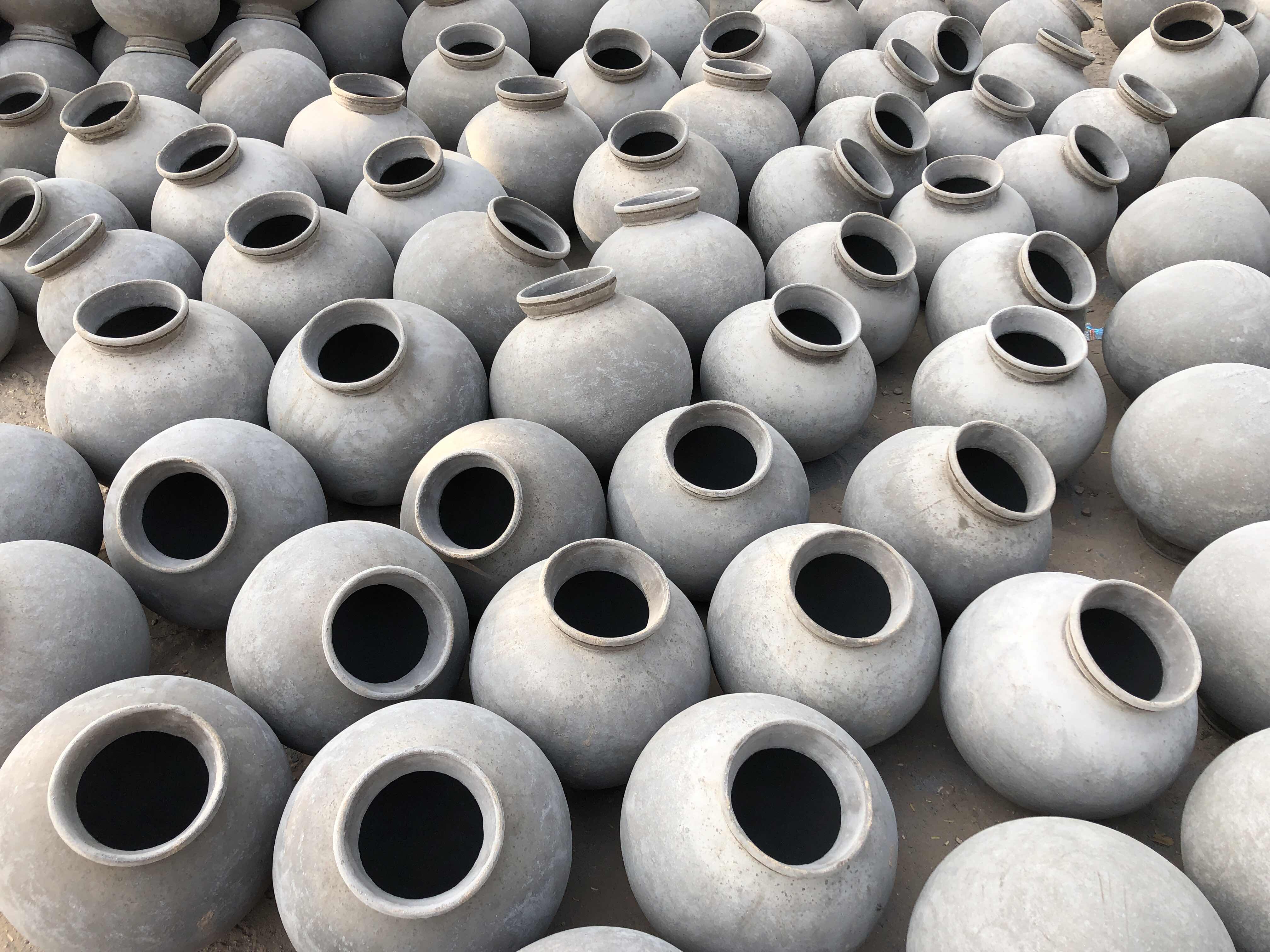 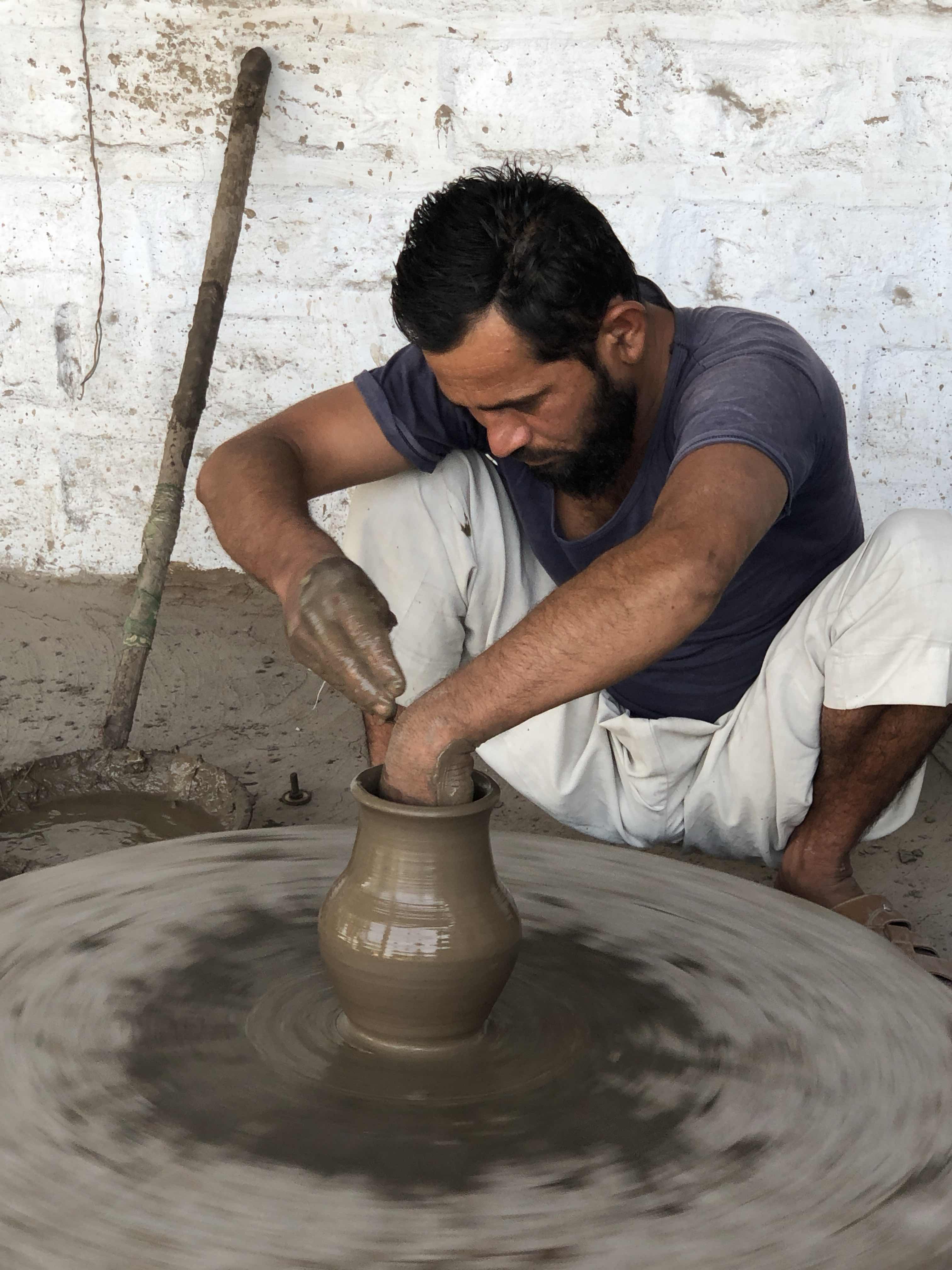 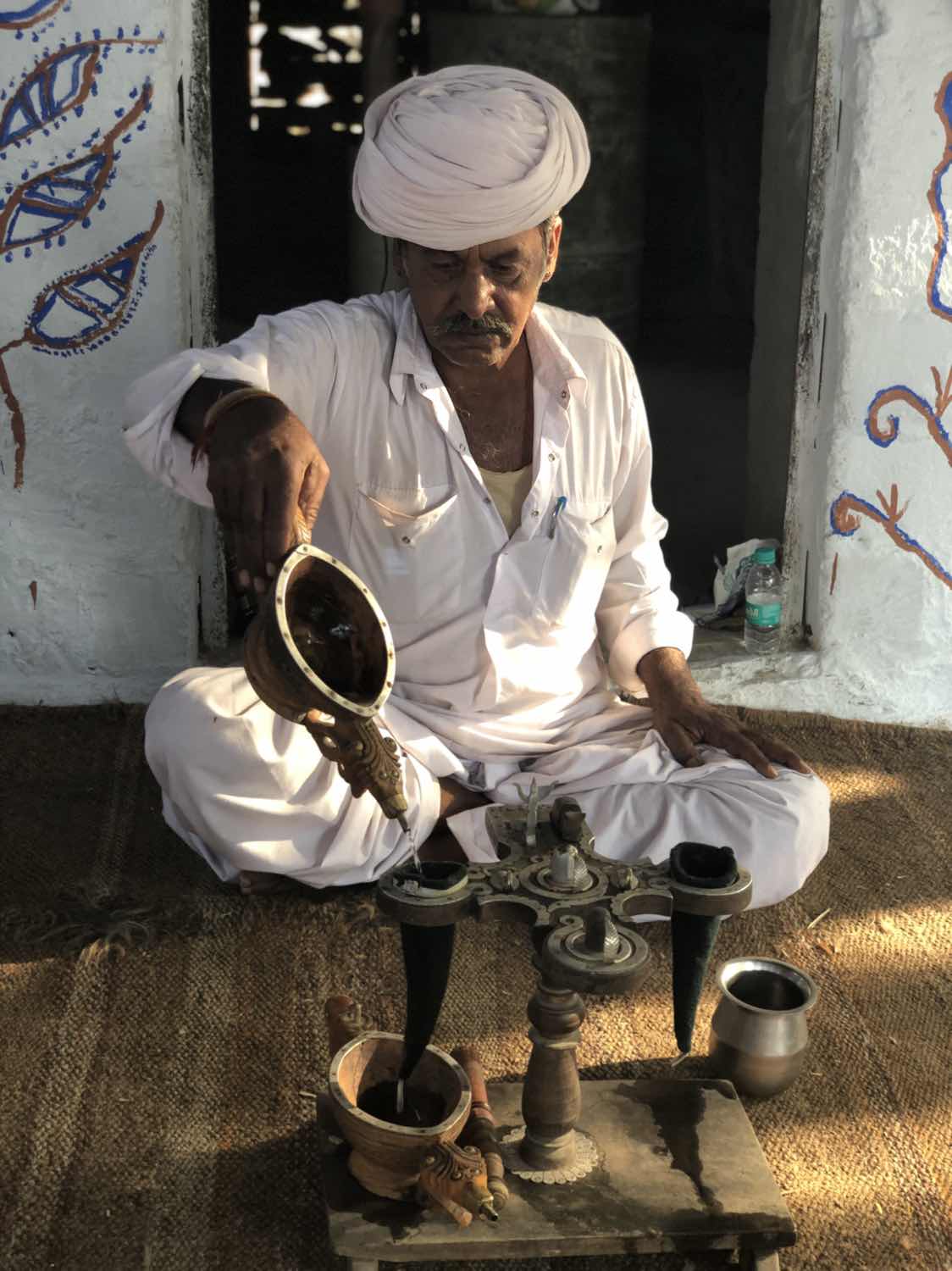 Posted by overyourhead at Monday, November 12, 2018