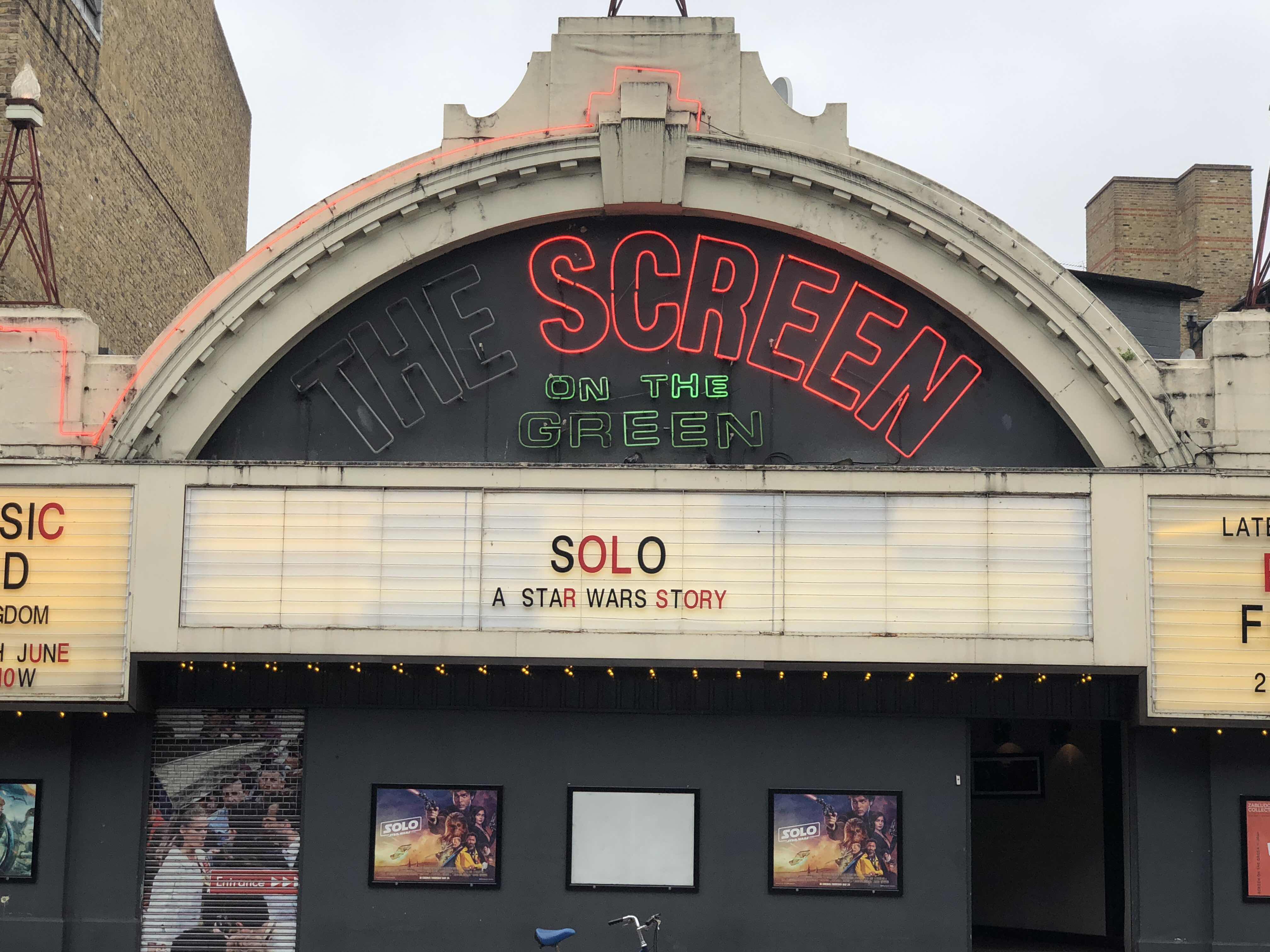 Lovely cinema, comfy seats, they don’t sell popcorn - so no annoying kids running about, chatting, or on their phones! Oh and they sell beer on a Friday morning. Cheers Chewie!

*** Mild Spoilers *** I enjoyed the film. Mostly. But then my expectations had been somewhat tempered by the lukewarm reviews I had read though. It certainly introduces some of the classic ideas (Mil Falcon, catch phrases etc.) The first act was a little uneven I thought. Too much shouting, running and dark sets. Could have been a TV show.
The heist middle section was much better. Large big action pieces which seemed to be have copied from various recent Bond movies. Not a bad thing as it turned out. Exciting, funny and a rollercoaster. A bit like old school Star Wars. Robot L3 was an utter star.
The final third act felt a bit of an anticlimax though. Plotted rather like an Oceans 11 ending - cross, after cross after double cross.
Not sure Solo adds much to the SW universe but as I say enjoyable all the same.