Bob Dylan and His Band... 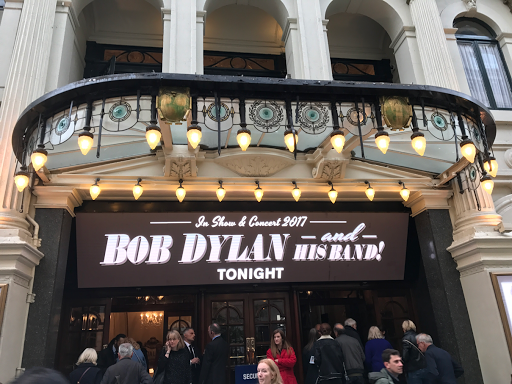 Last Sunday night Stuart and I went to see Bob Dylan and His Band perform on his Never Ending Tour at the London Palladium in London's glitzy West End.

I didn't know much of Dylan's music before the gig and I'm not sure I know much more now - he did a lot of covers. A lot. And rather dreadful ones at that. The first four songs were great though - very lively and very musical.