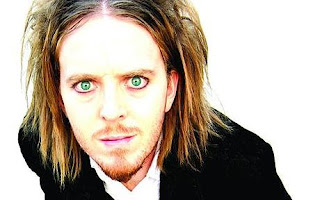 Performing for no other reason than he enjoys it we were treated to some of his best stand-up comedy and some of his funniest songs as well as a couple of new songs from his upcoming musical Groundhog Day.

I've always been a fan of Mr Minchin - combining as he does a healthy mix of cynicism, scepticism and atheism that I find very appealing.

I laughed pretty much from start to finish.

The setlist included:-
Beauty
Rock 'n' Roll Nerd
Woody Allen Jesus
Drowned
You Grew On Me
I Love Jesus
Cheese
F Sharp
The Good Book
Prejudice
Seeing You
When I Grow Up
Darkside
Posted by overyourhead at Wednesday, May 25, 2016