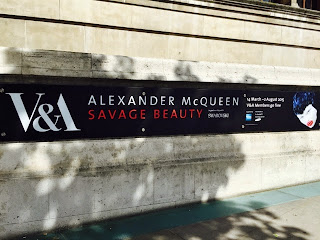 The show follows McQueen's career from early apprenticeship with Savile Row tailors Anderson & Sheppard, before joining Gieves & Hawkes and, later, the theatrical costumiers Angels and Bermans. All good grounding for his impeccably tailored look and his love of dressing up.

Part fashion designer and part fancy dresser McQueen took things to another level. His creations were amazing. Bonkers even.

As were his catwalk shows. Whilst appointed as head designer at Givenchy, he had a show where a single model, Shalom Harlow graced the runway in a strapless white dress, before being rotated slowly on a revolving section of the catwalk whilst being sprayed with paint by two robotic guns. Fab.

Or the one where the show room was dominated by an enormous glass box. But because the room outside the box was lit and the inside of the box was unlit, the glass walls appeared as large mirrors, so that the seated audience saw only their own reflection. Finally, after an hour, and when the show began, lights came on in inside the enormous glass case and revealed the interior to be filled with moths and, at the centre, a naked model on a chaise longue with her face obscured by a gas mask. The glass walls then fell away and smashed on the ground.

The clothes are nice too.

If you like frocks - or just showmanship - you'll love this. 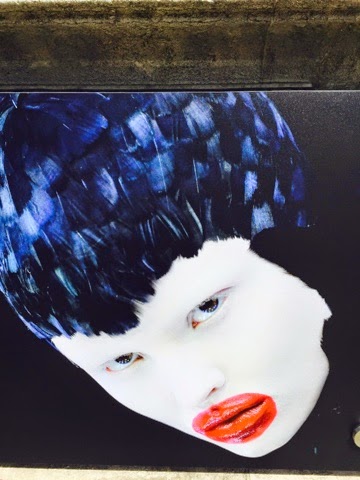