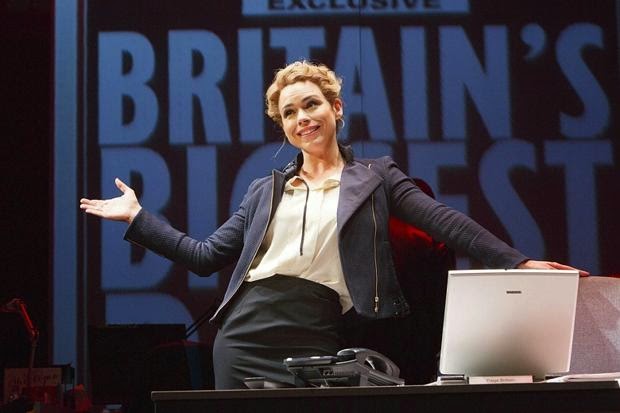 Last Saturday night Stuart and I went to see Great Britain at the National's Lyttelton Theatre on London's glitzy South Bank. It's a zeitgeist comedy written by Richard Bean about tabloid phone-hacking. Not convinced? Well, it's very funny.

Starring Billie Piper, amongst many other luminaries, it is rude, crude and right on the money. Like a especially good episode of Drop The Dead Donkey it tears into the tabloid newspaper industry, the police and the political establishment. No one comes off well. Not least us as newspaper's readers.

Directed by Nicholas Hytner and designed by Tim Hatley it is a delight of a show - only held back from a launch earlier in the year by a certain court case. Ahem.

If you want to laugh for 2h 45 mins pretty much non-stop this is the play for you! Almost every gag is a winner.