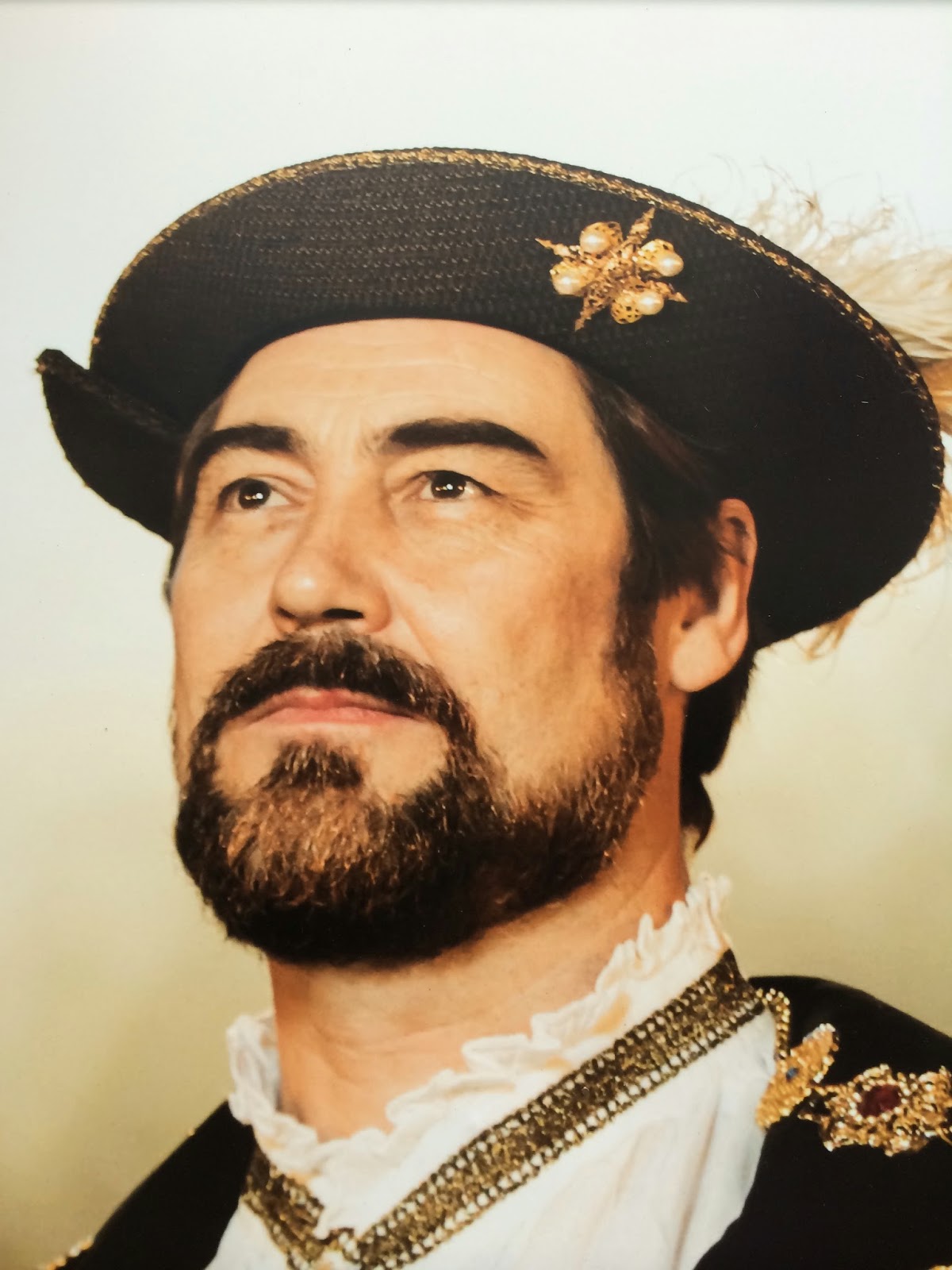 Last night Stuart and I went to see Wolf Hall at the Aldwych Theatre in London's glitzy West End.

England in 1527. Henry VIII has been King for almost 20 years and is desperate for a male heir. Intent on divorce he demands that Cardinal Wolsey persuade the Pope to grant him an annulment. With every month that passes without progress the King's anger grows. Into this volatile court enters the commoner Thomas Cromwell.

A one-time mercenary, master-politician, lawyer and doting father, he sets out to grant the King his desire whilst methodically and ruthlessly pursuing his own reforming agenda.

We loved the production - it was both enlightening and funny.

Tonight we are going to see the second half - Bring Up The Bodies. Can't wait!
Posted by overyourhead at Tuesday, July 29, 2014