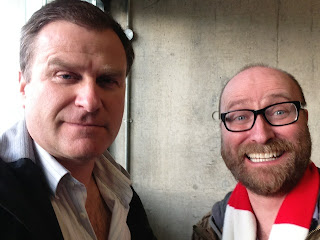 My brother Simon and I went to watch the mighty Arsenal take on Norwich at the Emirates last Saturday afternoon. When they were 0-1 up Norwich cheated with fouls and time-wasting. The Norwich keeper Mark Bunn kindly let anyone in the ground visit the toilet and pick up a cup of tea before he took each goal kick.

It was a delight to see their time-wasting come undone as we scored 3 in the last few minutes and they had no time left to respond. Ha ha.


Update: We also both went to watch last night's 0 - 0 draw against Everton at the Emirates - which was a bit scrappy. The teams were pretty evenly matched. Olivier Giroud missed a couple of sitters though. Darron Gibson deserved a second yellow though and to be sent off after his nasty tackle against Theo Walcott. Still a point is a point. 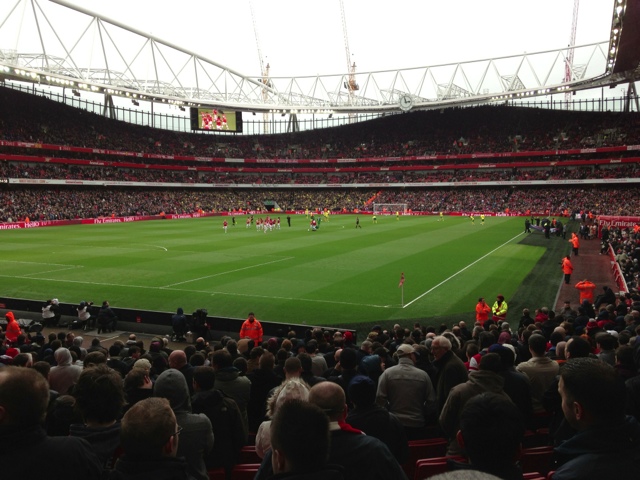 Posted by overyourhead at Wednesday, April 17, 2013