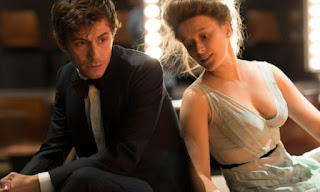 International theatre's most in-demand auteur is directing the legendary Comédie-Française company in his adaptation of Luchino Visconti's 1969 film The Damned. Yes, Ivo van Hove, perhaps the world’s most in-demand theatre director, who has only just launched his production of All About Eve in the West End, is back at the Barbican.

With a company of 30 actors and technicians, prominent use of live and recorded film, it was another epically ambitious and technically impressive production on the Barbican stage, performed in French with English surtitles. 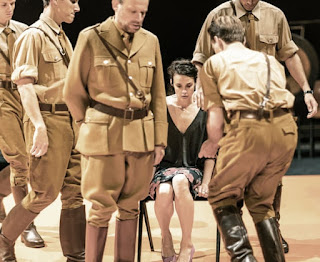 Van Hove is, by now, as well known for his penchant for reworking classic films by the likes of Ingmar Bergman, John Cassavetes, Billy Wilder and, indeed Visconti, having previously adapted 1949's Obsession, which played at the Barbican with Jude Law in 2017.

The story, harrowing and contemporarily relevant, concerns a prominent German industrialist family, the Essenbecks, who reluctantly become complicit Nazi colluders as the regime gradually gains power. It deals with the disintegration of society, morality, and the grand questions familiar to Greek and Shakespearian tragedy, in a way that van Hove clearly believes speaks to our time.

Each death in the dynasty is accompanied by a loud blast on an industrial whistle and a burial of the body in an onstage coffin. A video of the dead is then projected on to a screen at the back of the stage giving us an unnerving view of the corpse dying all over again.

A powerful play (film?) that shows a family inexorably destroyed by its complicity with a an evil tyranny.

The show only runs for five nights. Which doesn't surprise me. At 2 hours 10 mins with no interval the actors must be knackered.