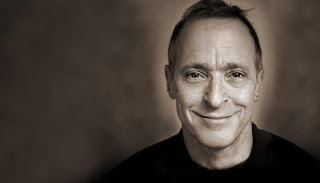 Last Sunday night Stuart and I went to listen to David Sedaris, man of letters, read to us at the Royal Festival Hall on London's glitzy South Bank.

Ostensibly a Radio Four friendly speaker Mr Sedaris sure came out with our outrageous stuff. Stories about death and about diarrhea featured prominently.

Towards the end of the evening though we were treated to a few stories that he himslef had been told. Often at the end of reading there is a book signing and as peopel wait for his signature people will casually mention things that happened to them. So I thought I'd relay three of them to you now.

A woman told a story about meeting a man online and then agreeing to meet him for dinner.
At dinner the man started out by saying, "I have to confess, I'm frightened of the C word."
Without thinking the woman said, "Cunt?"
After what seemed like an eternity of stunned silence the man eventually said, "Commitment!"

A man told a story of him and a friend walking past a tramp on a street corner.
The tramp pleaded to the passing men, "I just need an extra 25p for a cheeseburger."
The man's friend replied, "Have it without the cheese!"

A man and his son came up to David Sedaris while signing his books and the boy said proudly, "I've got a joke."
"Go on then", says David.
"What is nice on a pizza but not on a pussy?"
Rather shocked at the young boy's language David said, "I don't know. Mushrooms? Melted cheese?"
"A crust", said the boy.
Posted by overyourhead at Tuesday, September 05, 2017