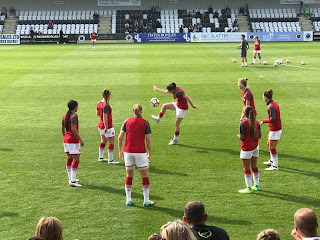 As a long term Arsenal fan I was rather shamelessly late in going to my first Arsenal WFC game on Sunday at the Boreham Wood FC ground. It was great fun. We sang, we cheered, sang some more.

The Arsenal Women's team were taking on the Birmingham City Ladies' team in the Women's Super League.

A great game saw the reds go from being behind, having someone sent off to pulling back to win 3-2. 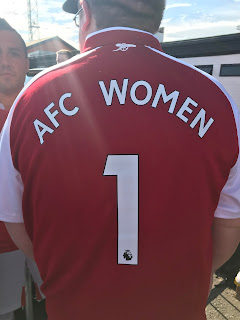 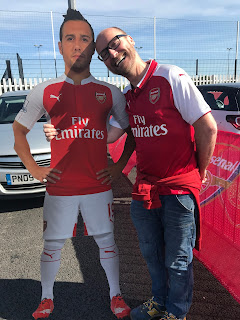 Posted by overyourhead at Monday, September 25, 2017