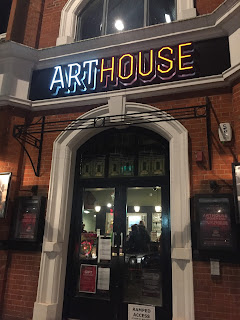 Last night Stuart and I went to see a screening of Carry on Screaming at the Arthouse in London's glitzy Crouch End.

It was a right old laugh and great fun to watch it with a live audience giggling along with you. "Frying tonight!"

Afterwards we were treated to a 45 minute Q&A with the marvellous, the lovely, the vivacious Fenella Fielding. Compere Mark Ravenhill asked questions about her work on the film we'd just seen, her career highlights and how she got on with her fellow actors. She also took questions from the audience.

She confirmed what we all knew that Kenneth Williams was a bit of a nightmare to work with and mean to anyone else who he thought might outshine him, Harry H Corbett played everything for laughs and so in many ways banjaxed his own straight acting career and Charles Hawtrey was a complete darling.

There aren't many 88 year old women who can hold an audience spellbound while discussing the art of subordinate clauses, purring about figure-hugging red velvet dresses and musing on why people just don't hold back the truth when they are tired.

A funny film, a great woman, a top night.

PS: I wanted to ask a particular question but didn't get the chance. The question I wanted to ask was apparently one she asked Kenneth Williams when they were filming Carry on Screaming and had to ride in a cramped horse-drawn buggy together; "Why is your bum so hard? Do you leave it out at night?" Next time maybe! 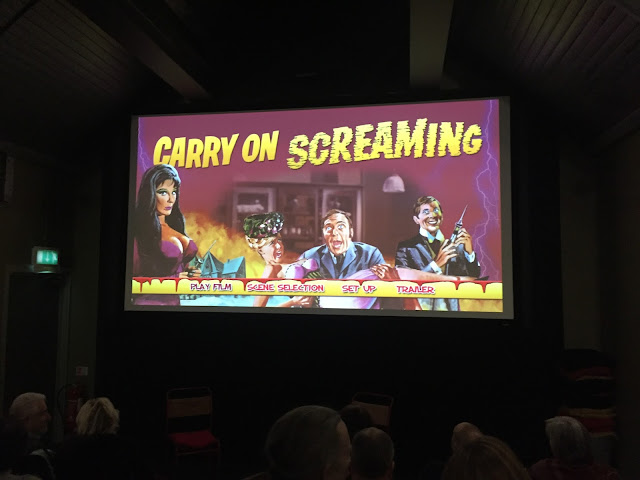 Posted by overyourhead at Thursday, February 25, 2016