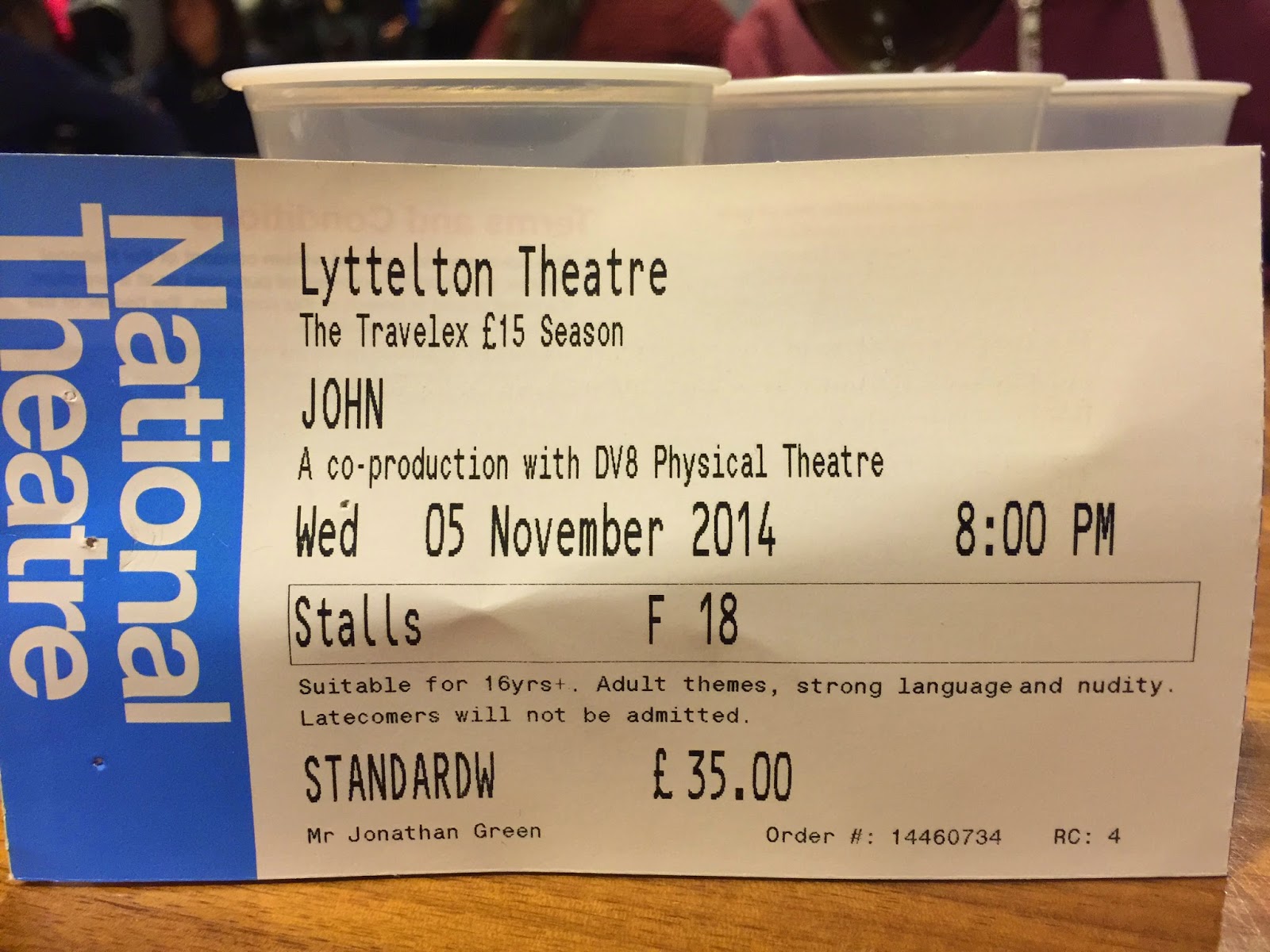 Last night Darren, Stuart and I went to see JOHN at the Lyttelton Theatre on London's glitzy South Bank.

A co-production with DV8 Physical Theatre the fascinating story was of a man John - a verbatim piece telling us of his abusive father, his chaotic and frankly shocking family life, his descent into a life of shagging, unplanned kids, drug abuse, crime, the courts, and eventually prison. And then his release on probation and discovery of his awakening sexuality.

The wooden set constantly rotated, as doors were opened and closed to John.

Where the piece perhaps lost it's focus a bit was when it broadened out to let us hear from the customers and owners of a gay male sauna that John frequented. This was in itself a fascinating topic of how the hunt for sex is more exciting than the actual encounter and deserved a show all of its own - but we wanted to hear more from John and his story by this point.

That said, the show was a superb exploration of first a life of abuse, then institutionalisation and then eventually the search for some kind of intimacy. It was in turns funny, moving, preachy, tragic and beautifully performed.