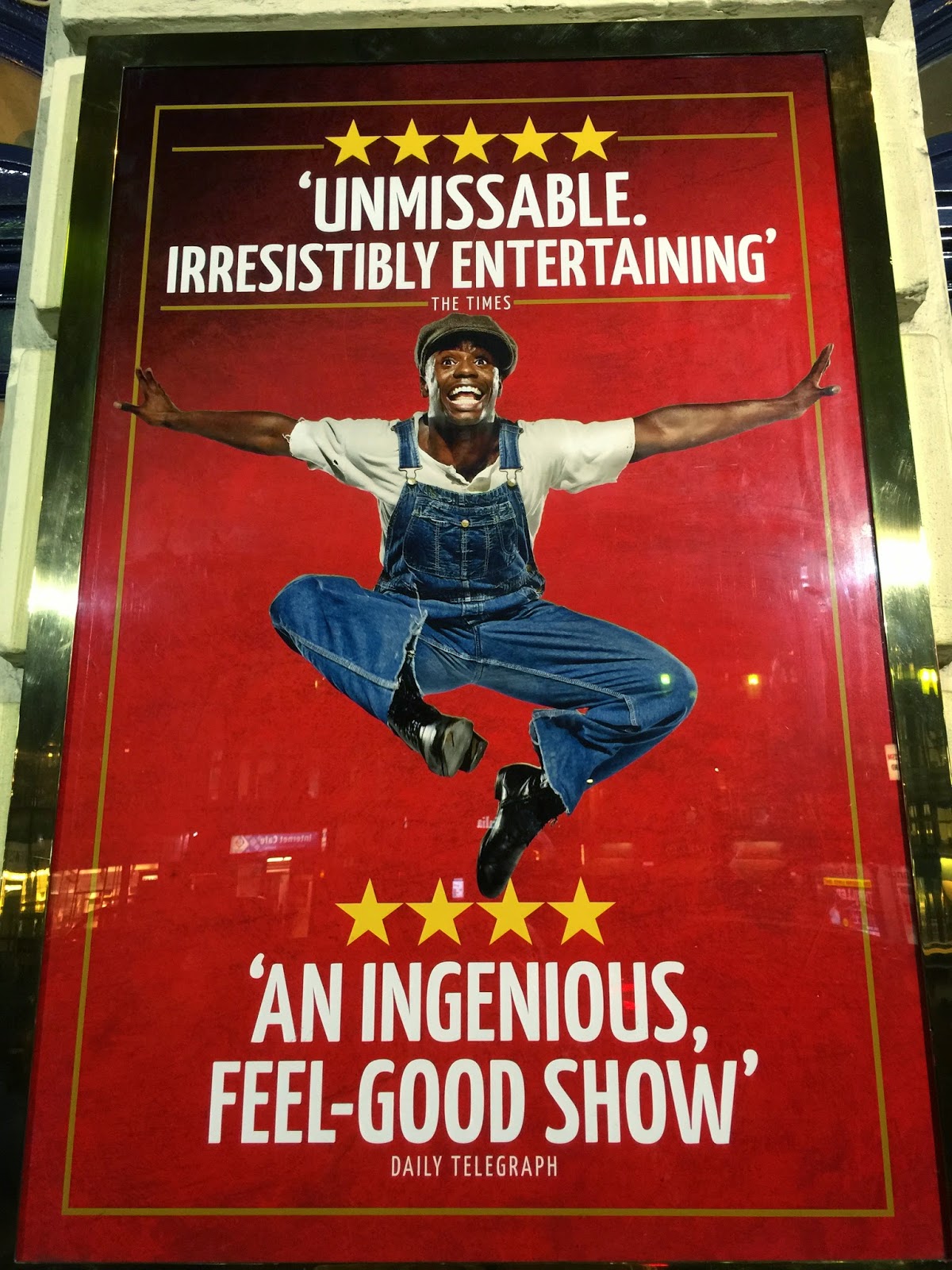 Last night Stuart and I went to see The Scottsboro Boys at the Garrick Theatre in London's glitzy West End.

This Young Vic production had been such a hit that it had transferred up West. And deservedly so. It was powerful, disturbing, entertaining and dazzling. Everything, in fact, you might expect from the writers of the edgy musicals Cabaret and Chicago - the wonderful John Kander and Fred Ebb.

As with those other two shows the humour here is brutal. And it needs to be as the dreadful story unfoldes of nine black teenagers falsely accused of rape in Alabama in 1931. Told through the medium of minstrels this civil rights musical exposes and lampoons racist bigotry. But for all it's humour it rarely makes you smile. It's savage and sad. The humour is black in many senses of the word.

We witness the frame-up, the all-white jury, the rushed trials, the attempted lynching, and hear the angry mob.

Powerful stuff, challenging. And a great night out.
Posted by overyourhead at Friday, November 14, 2014