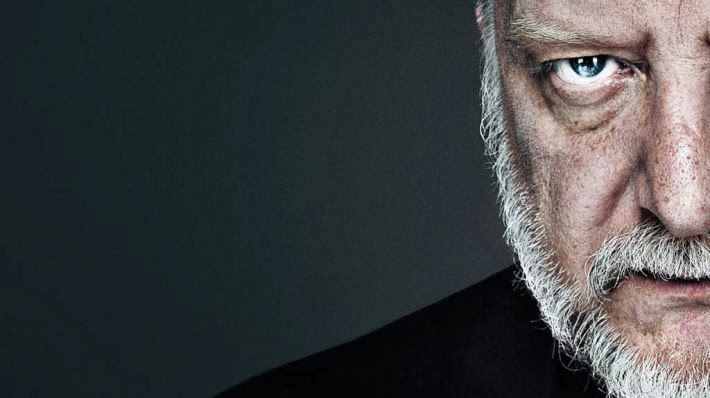 Last night Stuart and I went to see King Lear at the Olivier Theatre on London's glitzy South Bank.

Wow! What a production! Sam Mendes has put on a fantastic all-star, all-singing, all-dying show.

An aged king decides to divide his kingdom between his three daughters, according to which of them is most eloquent in praising him. The first two offer false sycophantic adulation and get much. His favourite, Cordelia, who says nothing gets banished. Lear seems to value a flattering public display of love over real love. There may be trouble ahead!

Deceit, torture, murder, war, tragedy, madness and death a bit like a Christmas episode of Eastenders.

Simon Russell Beale is magnificent and plays Lear as a bad-tempered egotistical tyrant. A thug and military leader who is both selfish and vain and entirely undeserving of any compassion. His quick to judge attitude is his undoing. He wants to be treated as a king and to enjoy the title, but he doesn't want to fulfill a king’s obligations of governing for the good of his subjects.

The production shines too from the bathing of the set in a rolling video backdrop to the ear-splitting thunder and the perfectly executed spinning stage.

It's well worth a seeing - especially if you can endure the two hour bum-numbing first half, a bit of eye-gouging and some full-front male nudity.

Posted by overyourhead at Friday, January 31, 2014