There had been a bit of trouble with the Pride London funding so no floats were allowed on the parade route down Regents Street this year. Hence the 'parade' was officially turned into a 'march' - which sort of added to the atmosphere to be honest. It made it a more personal march which I actually prefer. There were precious few security people too so you could really get up close and personal to the marchers. Yay!

Dave was down from Chester so we both stood with our hands on our hips watching the boys go by. Then we joined the march and headed towards Trafalgar Square to meet up with Stuart and to see a band or too and then on to Soho for a swift half. 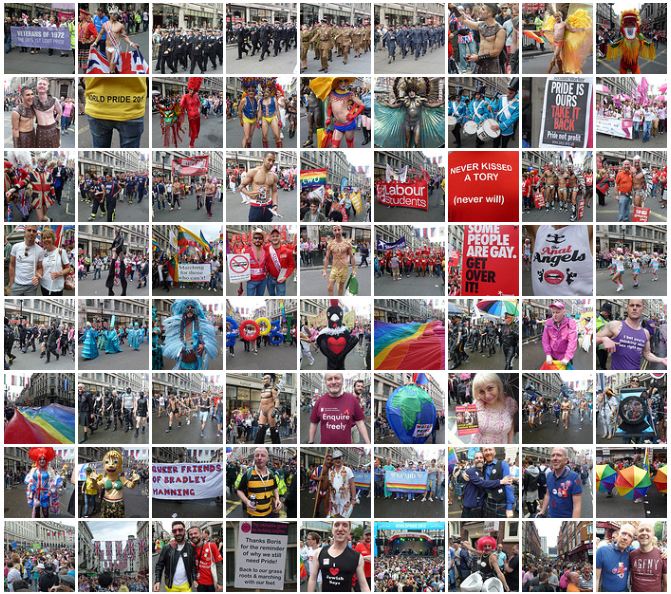 Posted by overyourhead at Wednesday, July 18, 2012