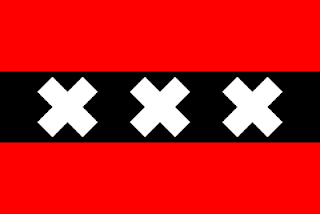 I used to go there a lot actually. We had quite a few friends there so there was always somewhere to stay and also I had a man there for a while. Which is reason enough to go I guess. He was (is?) an airport security guy.

Thinking about it I've had some wild times in Amsterdam over the years - parties, clubs and just hanging out in bars and coffee shops. I love that city. Small but perfectly formed.
Posted by overyourhead at Thursday, April 29, 2010