Last night I went to see the edgy, acclaimed revival of the Rodgers & Hammerstein classic Oklahoma! at the Young Vic in London's glitzy Waterloo.

Directed by Daniel Fish and Jordan Fein it's a semi-immersive (I sat on stage) production colloquially known as ‘Sexy Oklahoma’. It's stripped back, smoulderingly intense, radically inclusive that took Broadway by storm in 2019 and would probably have come over here earlier if it weren’t for you-know-what. This version certainly finds a visceral connection to the story’s deeper themes of death and desire, borne out in a sensual modern dance solo, in place of the traditional dream ballet, and a usually comic song filmed live and projected in unsettling darkness.

The plot is simple. It’s 1906, Oklahoma is about to join the Union and the rivalry between farmers and ranchers will soon be swamped by the modern world.

That’s the plot, right there.

The show starts with stirring renditions of Oh, What A Beautiful Mornin’ and The Surrey with the Fringe on Top both by Darvill - the boy can certainly sing. The 8-strong band, which is onstage, plays beautifully bring out the shine in later songs too - I Cain’t Say No (arguably the funniest song in the show) and People Will Say We’re in Love are both great.

The cast are all great too and there was plenty of surprises. But for me something was missing. And it's probably the fault of the source material. It's a show that fails the Bechtel Test at every turn. It persecutes the down at heel. And the songs are just not the showstoppers of other Rodgers & Hammerstein classics.

That said, it has much to admire. Not least the ending — arguably the worst in a major musical — gets a jarring revamp. I won’t give it away but it’s played out with a memorable visual gimmick that is quite shocking.

For me though, this is, as the title song puts it, just...Okay. 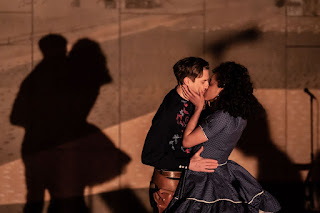 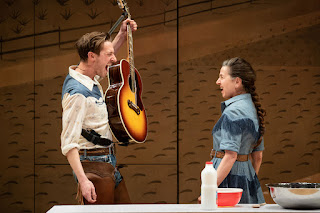 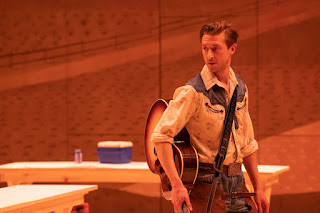 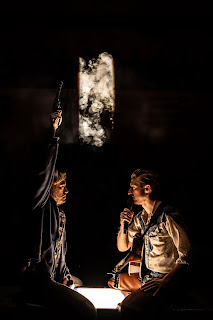 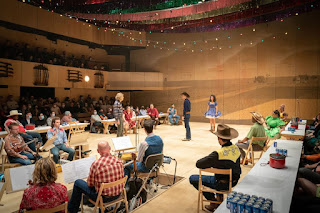