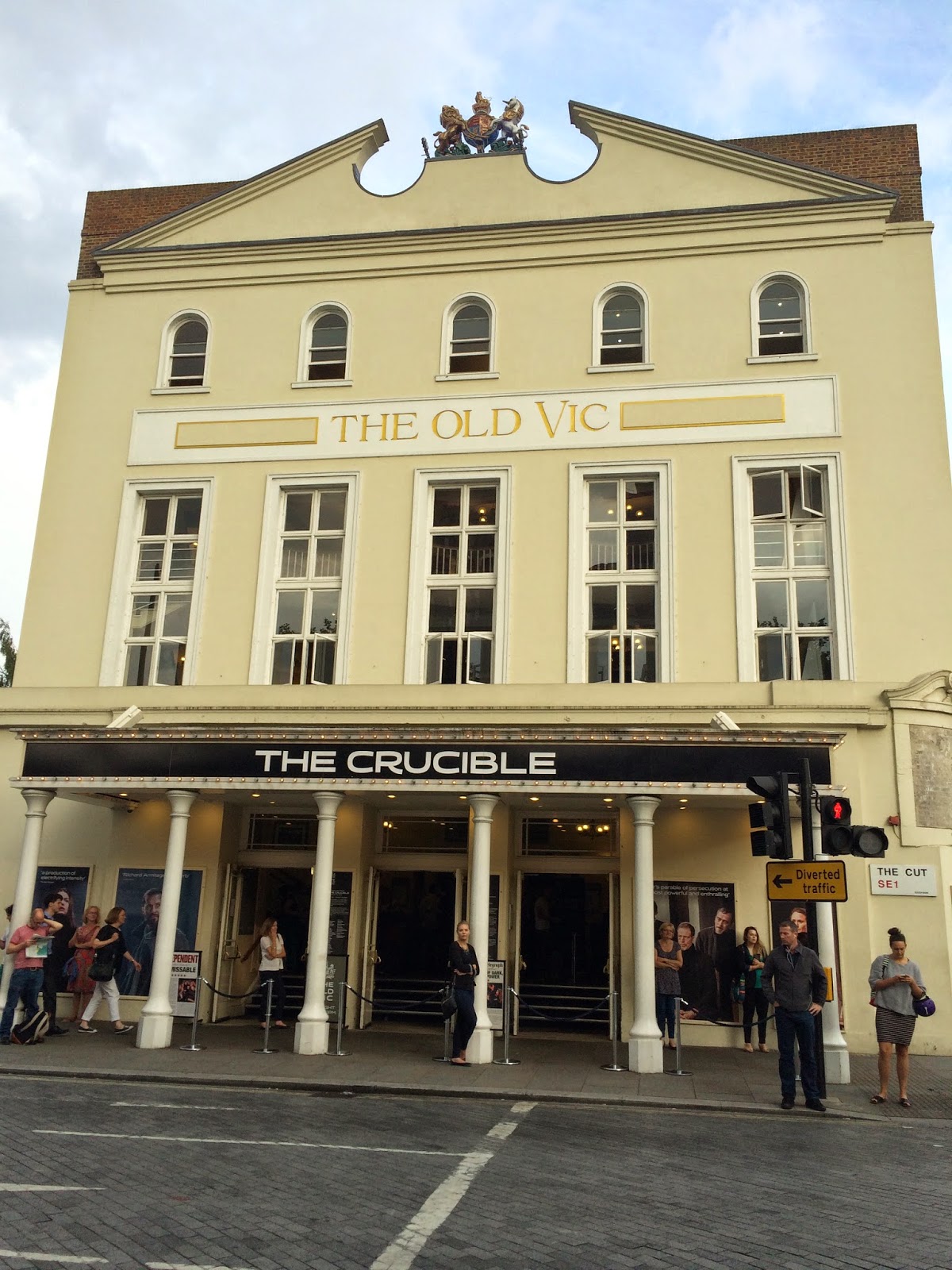 Last night Stuart and I went to see Yaël Farber's production of Arthur Miller's The Crucible at the Old Vic in London's not especially glitzy Waterloo.

Starring the hunky Richard Armitage as John Proctor and performed in the round it tells the story of a tight-knit community fractured by petty jealousies and grievances that is blown apart when a group of young girls start accusing local women-folk of witchcraft. In order to gain forgiveness the accused must in turn accuse others. Events snowball as dozens of women are accused creating an atmosphere of hysteria brilliantly captured by this claustrophobic production. The vehemence of the false accusations drive the show forward so we as the audience are left in no doubt the road we are taking. It is the road to tragedy.

Largely seen as a attack on McCarthyism in 1950s America the play as presented here goes deeper than that. It exposes the fragilities of the human condition - its lusts, its mean spiritedness and its capacity for mindless persecutions.

A five star production - perhaps only slightly marred by its bum-numbing three and half hour length.

Oh and we had Alan Rickman sitting behind us.