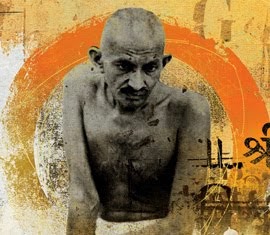 Last night Paul, Stu and I went to see Satyagraha at the ENO. It was a brilliantly hypnotic production. Jaw-droppingly wonderful. In has to be in the top ten best things I've seen on stage. Ever.

The opera is in three acts for orchestra, chorus and soloists. It was composed by Philip Glass, with a libretto by Glass and Constance de Jong. It's loosely based on the life of Mohandas Gandhi. The term satyagraha is the philosophy and practice of nonviolent resistance developed by Gandhi himself.

Posted by overyourhead at Tuesday, November 26, 2013