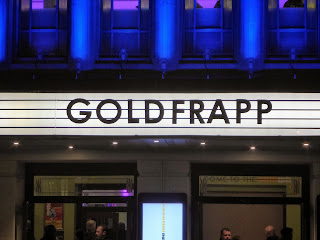 Last Friday night Stu, Juggy, Si and I went to see Goldfrapp at the Hammersmith Apollo in London's smart but not so glitzy er... Hammersmith.

Ostensibly to promote new album Tales of Us the gig started as a slow burn with Jo, Drew, and Stranger. Dressed in black Alison was as shy/enigmatic/awkward as ever engaging little with the audience but letting her amazing performance do all the talking. She was largely backlit so appropriately enough for the time of year she appeared as a ghostly shadow with a haunting voice. And what a voice! Chilling, soaring, mesmerising.

As the night wore on the tempo picked up, the fantastic LED light show kicked in, the crowd rose to their feet and we danced like idiots. Sadly all too soon it was over. A great show, by a great band who are at the height of their powers.

Stand out track of the night for me was Clay. The story of two gay soldiers during The Second World War and their heartfelt love for each other. It made me weep. 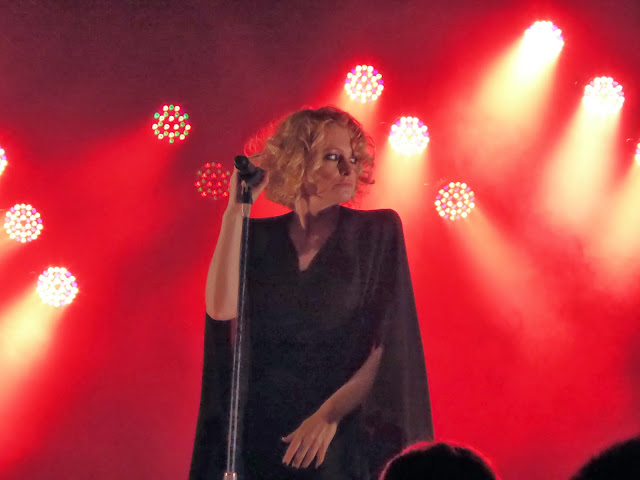 Posted by overyourhead at Wednesday, November 06, 2013