Last weekend Stu and I went to Southend on Sea. It was Fay's birthday on the Saturday night (more on that later) but on the Sunday we took a trip along the pier. Longest one in the world apparently, 1.35 miles. It has a train - which we took out - and then we walked back. Nicer than I thought it would be!
Kerry and Fergal then treated us to some lunch and we had a nice catch-up. 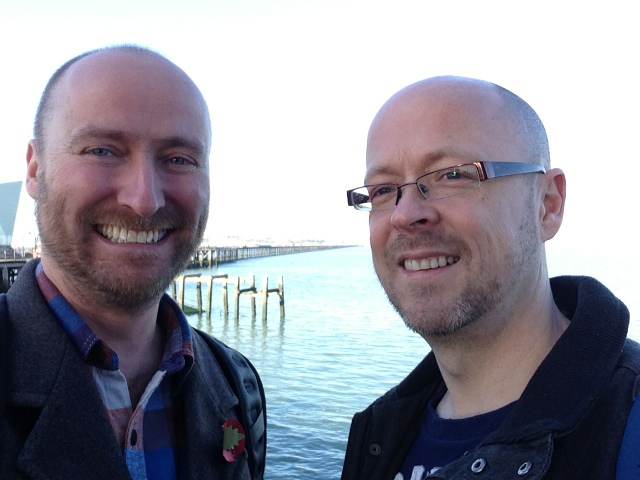 Posted by overyourhead at Tuesday, November 13, 2012