Last Saturday afternoon the lovely Oliver Reed organised a big gay rounders competition in Hyde Park. We were told what team we were in - black, blue, red or white - and proceeded to Buckhill in Hyde Park.

We were even given a disclaimer: "Since both of the previous tournaments ended with participants being carted off to hospital in the back of ambulances, I would like to remind you all that gays with bats can be dangerous and so you particpate in Gay Rounders at your own risk!"

In the event there were few injuries, lots of fun was had and we finished at just the right time before things got too competitive!

Thanks for organising Ollie - looking forward to the next one already. 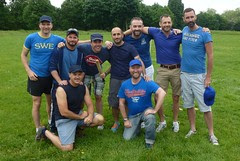 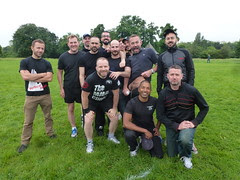 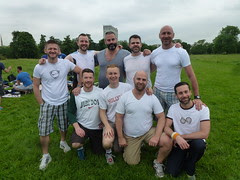 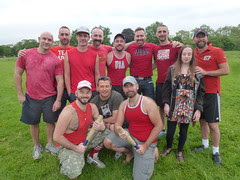 Posted by overyourhead at Wednesday, June 06, 2012