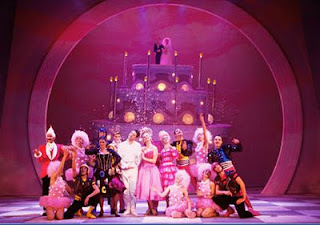 Last night Stu and I went to the Sadler's Wells theatre to see Matthew Bourne's New Adventures’ much loved production of Tchaikovsky’s Nutcracker!


It was the first time I'd seen the show - despite it having been revived many times since it started in 2002.


The dancing was great. The music was sublime. The production was amazing. And pink. Er, sorry.. very PINK! Loved it.


Here are some of the other Matthew Bourne shows I've seen before:-

Posted by overyourhead at Friday, December 09, 2011