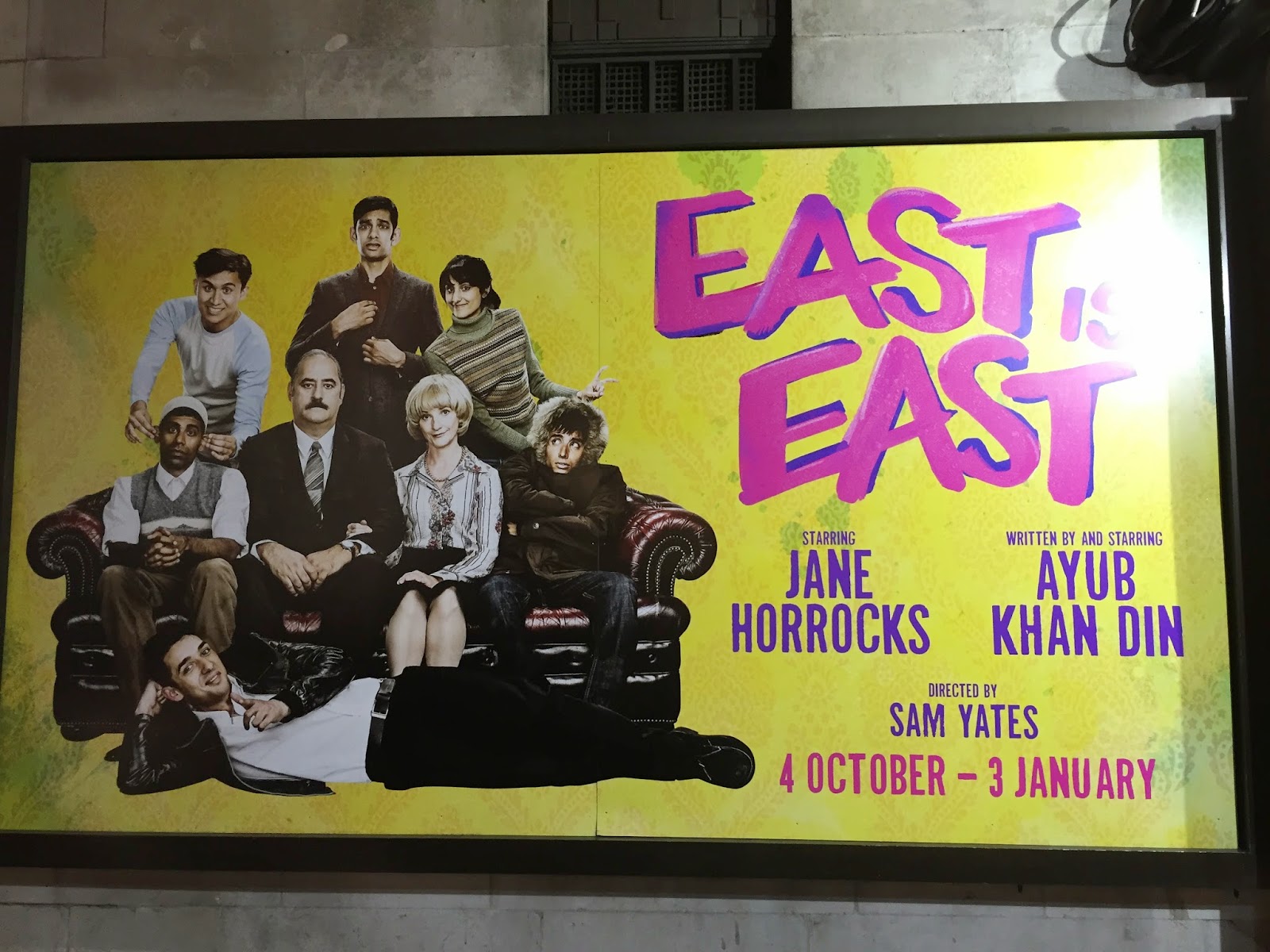 Last night Stuart and I went to see East is East at the Trafalgar Studios in London's glitzy Westminster.

Based on Ayub Khan-Din's original play at the Royal Court Theatre in 1997 and then on the film in 1999 East is East is a comedy-drama set in Salford, Greater Manchester in 1971.

The action takes place in a mixed-ethnicity household that is headed by Pakistani father George (Ayub Khan-Din) aided by an English mother, Ella (Jane Horricks).

George expects his family to follow Pakistani ways, but his seven children, who were born and grew up in Britain, increasingly see themselves as British and reject Pakistani customs of dress, food, religion, and living in general, leading to a rise in tensions and conflicts in the whole family.

It's a very funny play and while exploring multiculturalism in the early 1970s still resonates today.

Posted by overyourhead at Friday, October 10, 2014