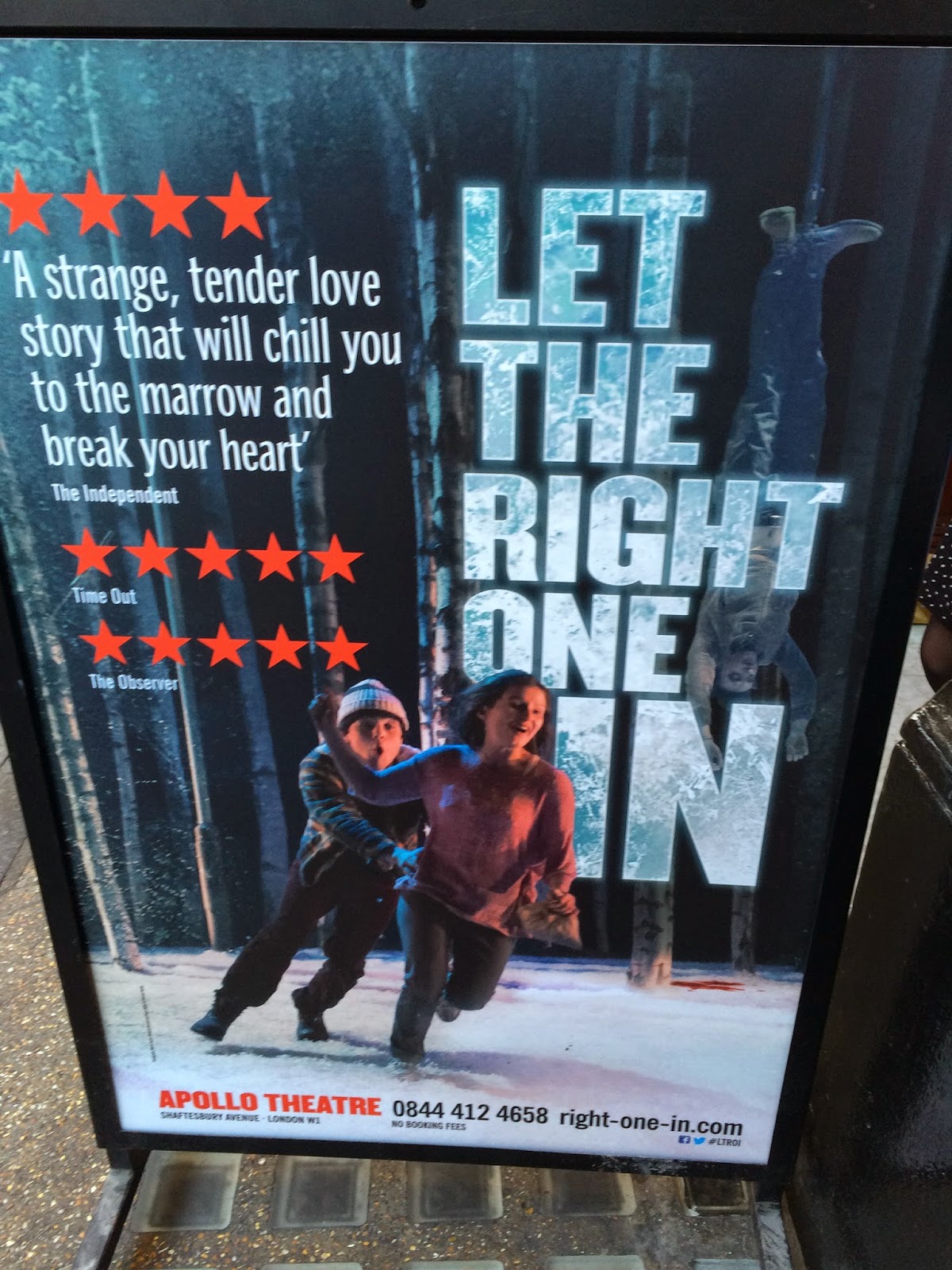 Last night Stuart and I went to see Let The Right One In at the Apollo Theatre in London's glitzy West End.

It's a stage version of John Ajvide Lindqvist's Swedish romantic horror novel about the mutual love between two marginalised teenagers. Well, I say teenagers. I think she is waaay older than him.

The part of the bullied 12-year-old boy is played by Martin Quinn and he is excellent. The vampire child Eli as played by Rebecca Benson is good too but boy did her voice grate with us.

The production was mystical, frosty, menacing, Narnian, wondrous and had perhaps the best use of on-stage silver birches I've had the pleasure of seeing.

If you've read the book, seen the original film or the Hollywood remake then there are perhaps few surprises here but the story remains a good one. It poses many questions about growing up, growing old and the relationships between children and adults. Oh and the big question:- How on earth did they get all that blood off those clothes afterwards?

At it's heart it's a sort of 'boy meets ghoul' tale. Enjoyable rather then outstanding.

(And good to see the Apollo Theatre back on its feet again after that ceiling collapse.)