George was in good voice - although he should have been, having kept us waiting for thirty minutes - perhaps he was warming up all that time. The songs sounded great too with the orchestral arrangements but the set-list was perhaps a little of one tone consisting of mainly slow songs from his back catalogue. We were treated to Through, John and Elvis Are Dead, and indeed pretty much the entire Songs From the Last Century album. Where the set came alive were when we had some of the more inspired covers such as Rihanna's Russian Roulette and Amy Winehouse's Love Is A Losing Game. Also great to hear Cowboys And Angels live and Kissing A Fool too. Perhaps the only sour note of the evening was the use of overt auto-tune in two songs - the charity single True Faith and new song Where I Hope You Are. Why, oh why? George you have a great pop voice - why ruin it with sub-Black Eyed Peas auto-tune?

On a more positive note he had lots of energy, was obviously enjoying himself and was happy to churn out the hits towards the end.

Song of the night for me? His cover of the song made famous by This Mortal Coil: Song To The Siren. Apparently he bought it when he was eighteen on the day he signed his first record contract. 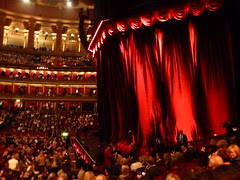 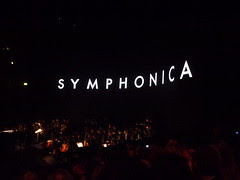 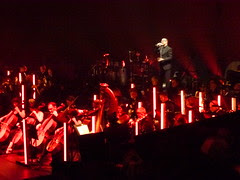 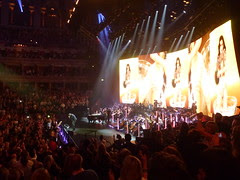 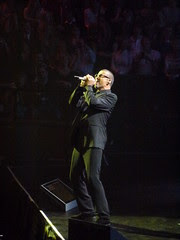 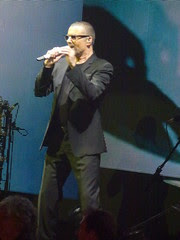 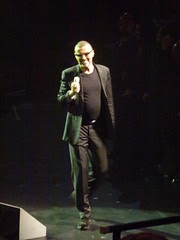 Posted by overyourhead at Wednesday, October 26, 2011